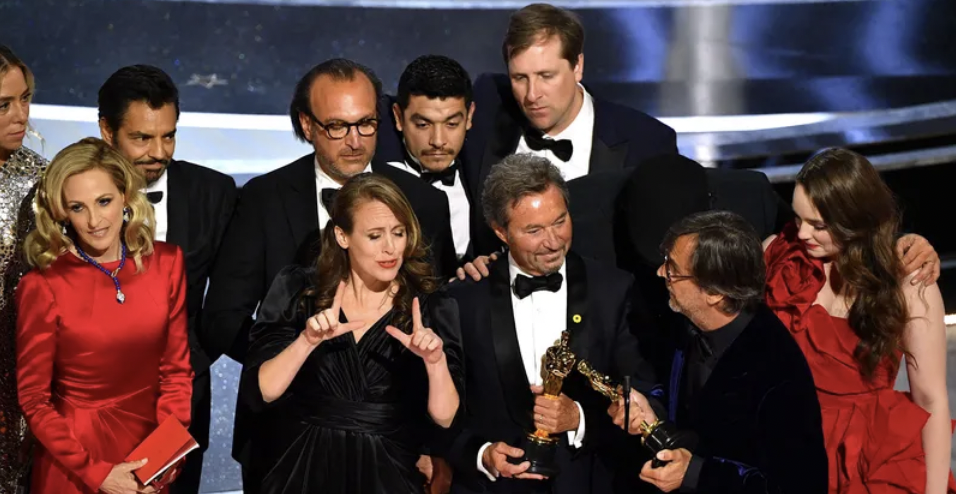 Daniel Ives: A 'drop the mic moment' for Apple TV+

"Apple TV ... is becoming a key monetization engine for the company over the coming years to tap its golden and unmatched installed base."

From a note to Wedbush clients that landed on my desktop Monday:

While the Will Smith/Chris Rock "Fight Club Moment" will steal the headlines from last night's eventful Academy Awards, Apple made history being the first streamer to win an Academy Award for Best Picture with the groundbreaking film CODA. For Apple which launched Apple TV+ in late 2019 to win an Oscar for Best Picture within 3 years of launching its streaming service is a surreal moment for Cook & Co. as many within the traditional Hollywood circles thought Apple would flop on its streaming ambitions.

We also believe that Apple being the first streamer to win Best Picture and not Netflix or Amazon on the podium is a "drop the mic moment" for Cupertino that should significantly bolster its subscriber base while attracting more A+ Hollywood talent to its platform for future projects. We view this Oscar win as a game changer for Apple on its content efforts and legitimizes the Apple TV+ as a major streaming platform with much more success ahead and the Street now starting to take more notice.

We estimate that today Apple has roughly 25 million paid subscribers on the platform and ~50 million global accounts. This clearly is a fraction of the subs that other streaming stalwarts have on their platform, with Cupertino now trying to figure out their path to growth and streaming ambitions for the next decade with last night marking a historic accomplishment for Apple with its Best Picture victory.

We believe consumer subscriber growth should accelerate from Apple's Oscar win and will give Cook & Co. more confidence around potentially doubling their content efforts over the next year. With Apple spending ~$7 billion annually on original content and having roughly $200 billion of cash on its balance sheet, we believe the company is gearing up to ramp original content and also bid on a number of upcoming sports packages (NFL Sunday Night Ticket) coming up for contract/renewals in future years.

Taking a step back, Apple TV+ is a small, but highly strategic component of the overall services ecosystem ($80 billion annual revenue in FY22) that is becoming a key monetization engine for the company over the coming years to tap its golden and unmatched installed base.

My take: He's not wrong about the headlines. Take, for example, the New York Times: