"While WWDC hasn't historically been a major stock catalyst, it's become a more significant catalyst in recent years."

However, in the last 2 years, Apple's stock performance following WWDC has been more pronounced, outperforming the S&P 500 by 440bps in the 1 week following, 600bps in the month following, and 13 points in the 3 months following WWDC, indicating that Apple's summer developer conference has become a more important stock catalyst than in prior years (Exhibit 2).

While we expect the majority of software/operating system upgrades to be more evolutionary than last year, we do believe Apple will highlight efforts to broaden the use of in-house designed silicon, and potentially launch a new MacBook with the Apple silicon, making this year's WWDC a potentially more significant catalyst than years past. 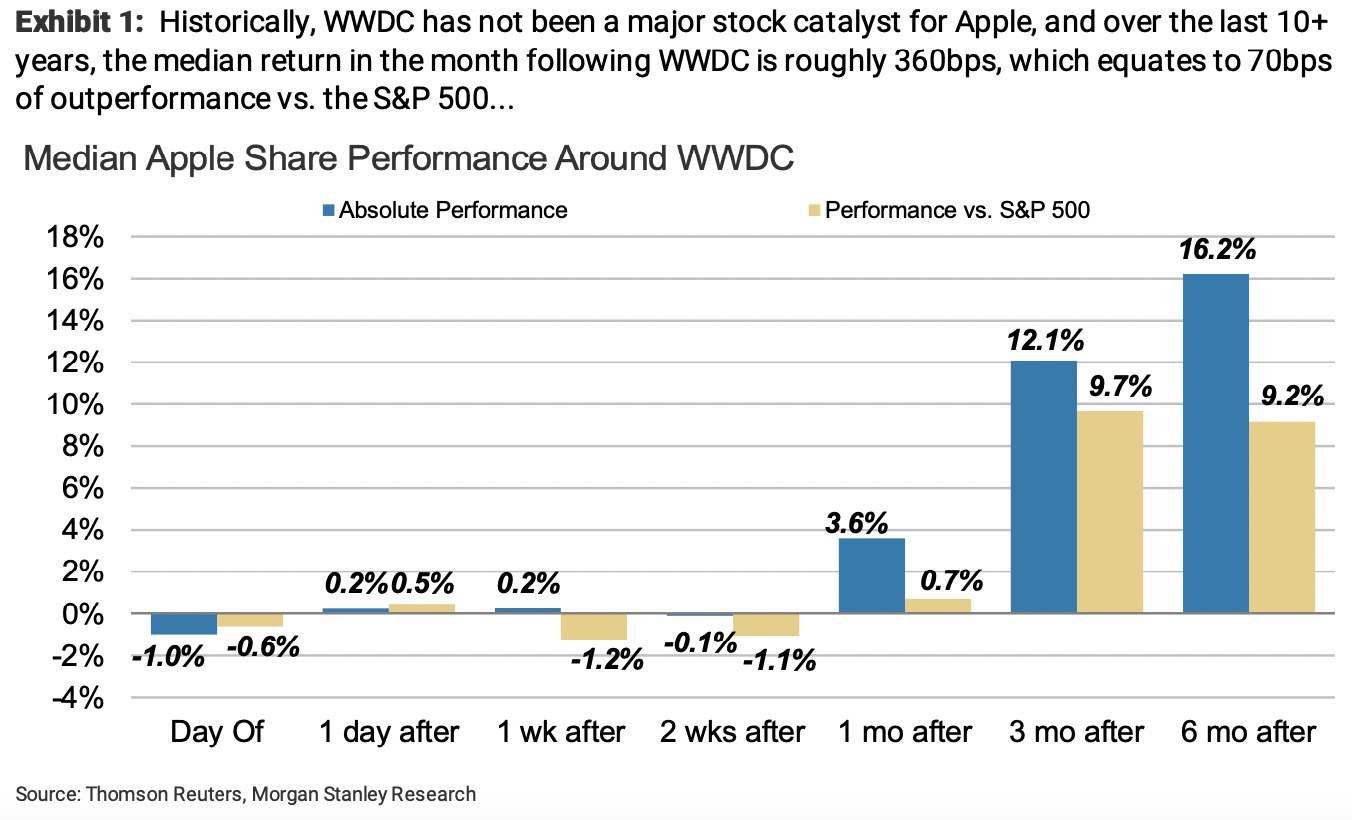 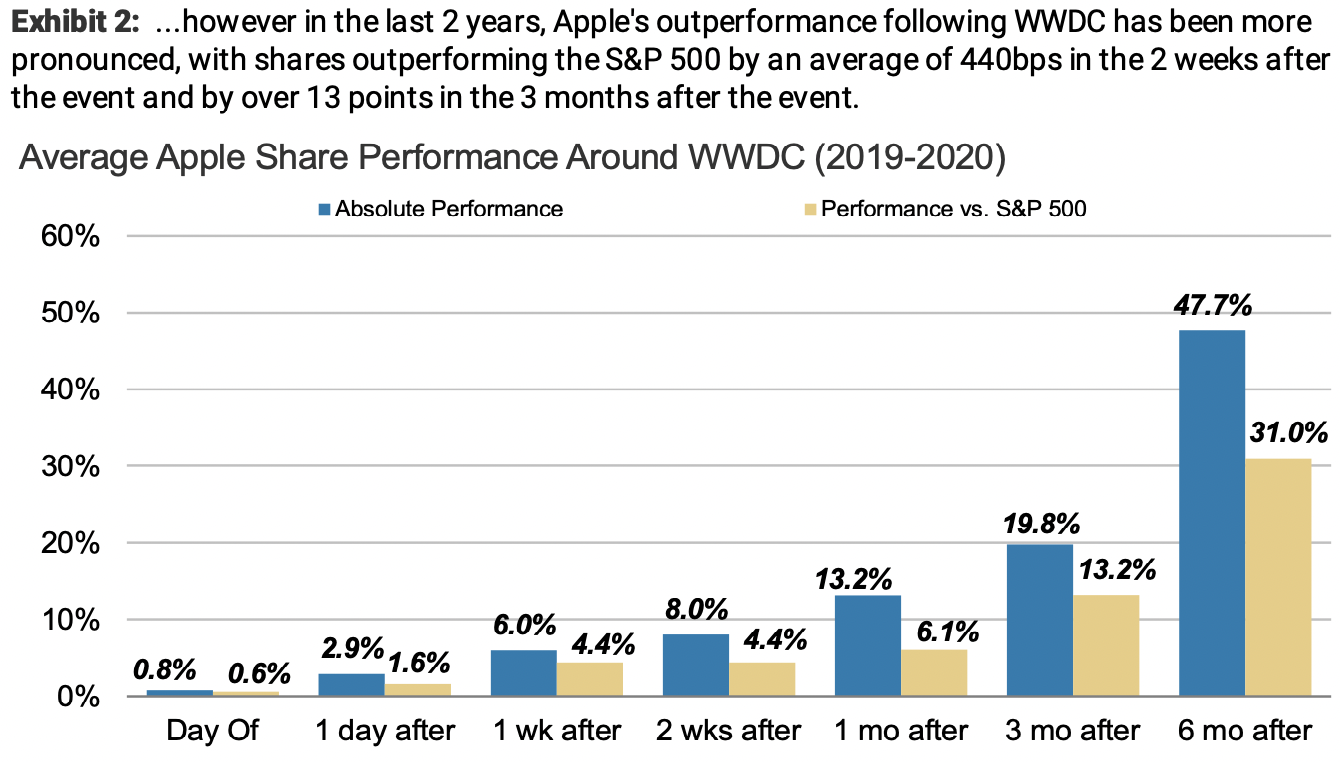 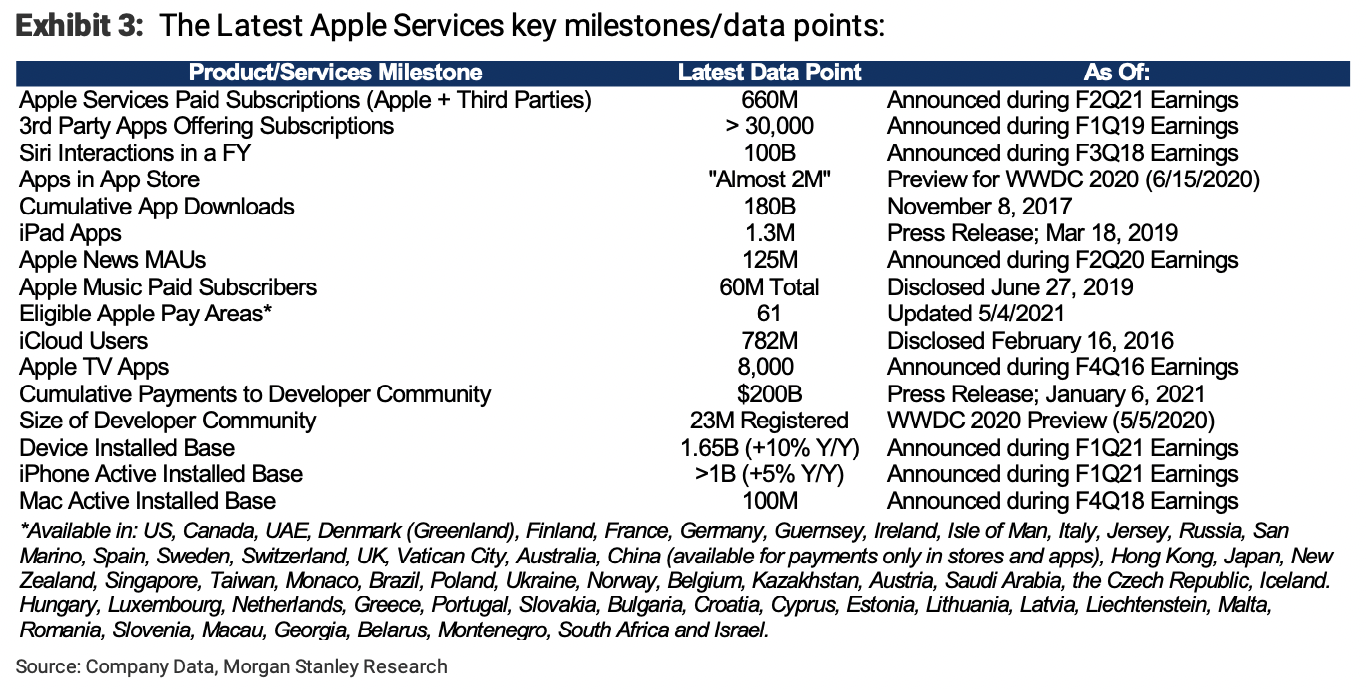