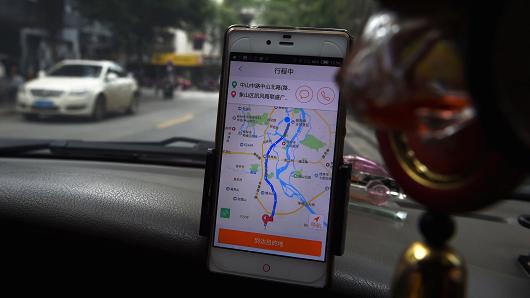 Photo: Greg Baker/AFP/Getty
6 years ago
Published May 16, 2016 by Philip Elmer-DeWitt

Morgan Stanley: Apple's $1B in Didi could be transformative

"If Apple chooses to launch a car," writes Katy Huberty, "it can go to market as hardware-as-a-service instead of through traditional dealerships."

Five days later, Wall Street is still buzzing about Apple's $1 billion investment in Didi Chuxing, the Uber of China. (See What the analysts are saying.)

In an ambitious note to clients Monday, Morgan Stanley's Katy Huberty has tried to put some rough numbers on what she sees as a potentially transformative deal—further evidence that Apple is in the process of pivoting from smart phones to smart cars.

By the end of her report, she's peered several generations into the future to envision autonomous cities designed to accommodate Level 4 self-driving cars—the ones that don't have steering wheels.

Excerpts from her bullet points:

Investor reaction to the deal was varied, Huberty writes. But she thinks Apple may have scored a twofer:

Below: Huberty peers a generation into the future.