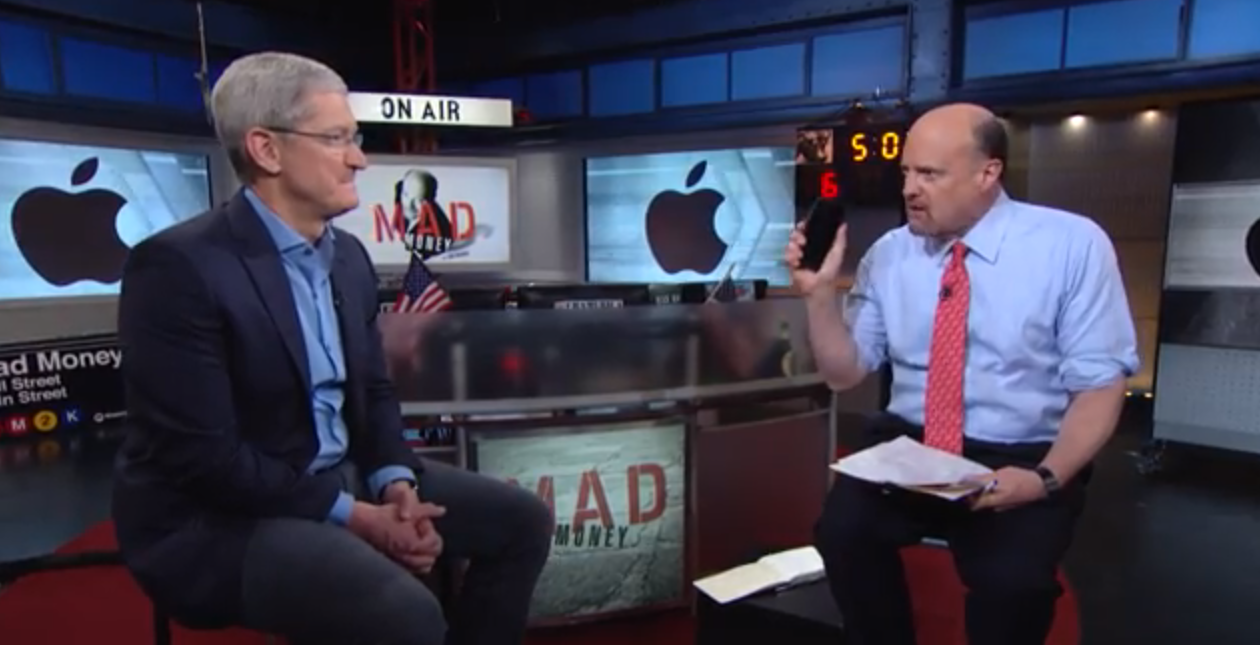 Tim Cook and Jim Cramer
6 years ago
Published May 14, 2016 by Philip Elmer-DeWitt

The effect of Apple's buybacks on its share price

Don't listen to Tim Cook on Mad Money, says Toni Sacconaghi. Watch what Apple is doing in the open market.

Is there money to be made betting for or against Apple when Tim Cook is about to appear on television? In an odd two-part note to clients last week, Bernstein analyst Toni ("Apple's best days are behind it") Sacconaghi analyzed the effect of seven recent TV appearances and concluded that they were not very good leading indicators.

Then Sacconaghi hit on something more useful. "We wondered," he wrote, "if Apple's financial investments in itself, through share repurchases, were a better indicator."

"What we found was striking: when AAPL repurchased a large amount of its stock in a given quarter (we drew the line at $14B, which is ~2x its current average quarterly buyback), its stock outperformed by 2000 bps in the following 4 months. Generally, the stock continued to outperform for another quarter as well (7 month outperformance averaged 2700 bps). That said, when repurchases were under $14B in a given quarter, AAPL stock underperformed 11 out of 15 times since Q1 12 or 6 out of 9 times since Apple started repurchasing shares in Q3 14."

"The old adage of 'Do What They Do, Not What They Say' appears to hold for AAPL," writes Sacconaghi. "We encourage investors to monitor buybacks going forward, given their history as an effective leading indicator."