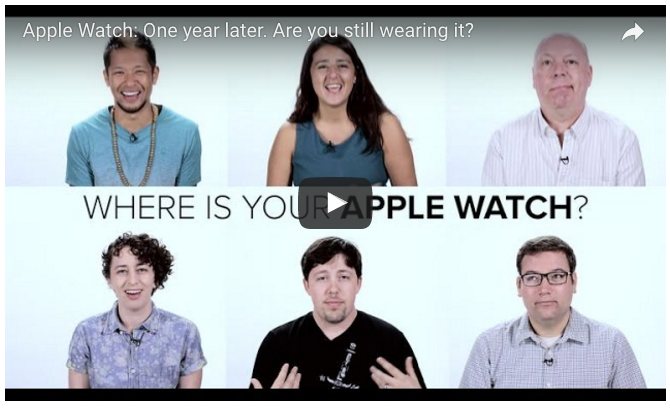 Clickable link below.
7 years ago
Published April 25, 2016 by Philip Elmer-DeWitt

Apple Watch one year on: What the media is saying

CNET's "Are you still wearing it?" video captures the arc of the media's narrative: from unsustainable hype to a glass that's less than half full.