"The slowdown should be well understood by investors as... Apple guidance indicated Services growth should decelerate further in the Sept-qtr." -- Analyst Amit Daryanani

All You Need to Know: App Store revenue [fell] for the second straight month in September. Revenue declined 4% in the month, which brings the Sept-qtr revenue growth rate to -1.5%, the first quarterly decline in the history of the App Store.

The slowdown should be well understood by investors as the App Store grew only 5% in the Jun-qtr and Apple guidance indicated Services growth should decelerate further in the Sept-qtr.

Gaming was the main culprit for the decline as revenue from gaming apps was down 13% and the non-gaming part of the App Store grew 10%. Gaming revenue growth has been low single digit or negative since April-21 as we began to see a hangover effect from the significant pull forward driven by COVID. Declines began to accelerate in May-22, likely due to worse macro, especially in the critical Japanese and Chinese markets and the negative impact on the mobile gaming ecosystem from ATT.

The App Store remains the largest component of services revenue, but it has become less important to the overall services growth rate and Apple was able to post 12% Services growth in June-qtr despite App Store growth of just 5%. New opportunities (payments, advertising) are becoming more significant drivers of growth...

Net/net: Consensus is calling for 11% Services growth which is slightly above our +9% estimate, but should still be achievable despite a 1.5% decline in App Store revenue. We would caution investors against making a call on Services purely on the App Store data as it is only ~30% of revenue and it is difficult to forecast the other components. 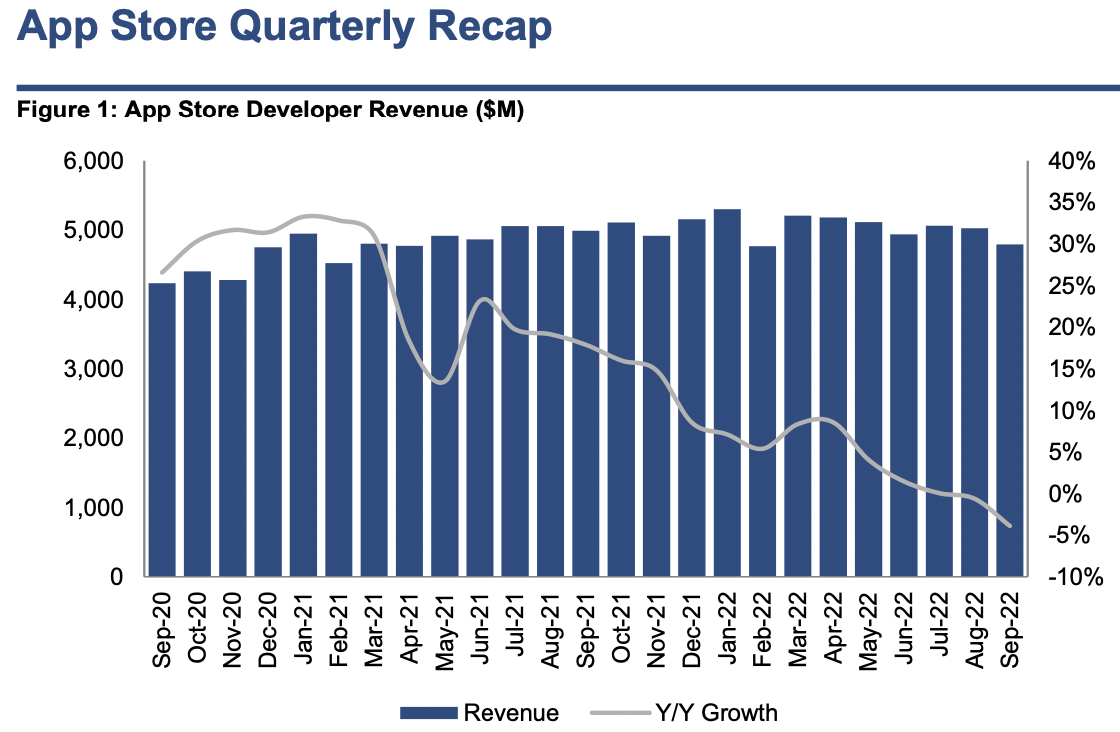 My take: If those other Service components include advertising, they may be a mixed blessing.