"We estimate that if Apple were to monetize advertising beyond the App Store, it could potentially be a $20bn business by 2026."

From a note to clients that landed on my desktop Thursday:

Advertising could be the next driver for Services growth. Apple’s competitive advantage remains its large and captive installed base. Apple’s 1.8 billion installed devices lend themselves naturally to be conduits for advertisers to reach a large demographic. We estimate that if Apple were to monetize advertising beyond the App Store, it could potentially be a $20bn business by 2026, driving up the pace of Services growth back to the high teens vs. concerns of a permanent slowdown.

Can targeted advertising be achieved while maintaining user data privacy? In our opinion, Apple has the technical knowledge to achieve targeted advertising without itself collecting specific tracking information on users. This is because the Apple device itself (say iPhone) has powerful processors, large memory and storage. The device has information about what websites a user visits, what Apps the user opens, what music or video the user listens to or watches, where the user travels (location data) and data on interactions with Siri. Based on this information, a profile of the user can be created and stored on the device itself, perhaps encrypted and stored on the devices ‘secure element’ (special chip inside the Apple device to store encrypted information). This profile can remain on the device and not be transferred back, even to Apple (Fig 1). 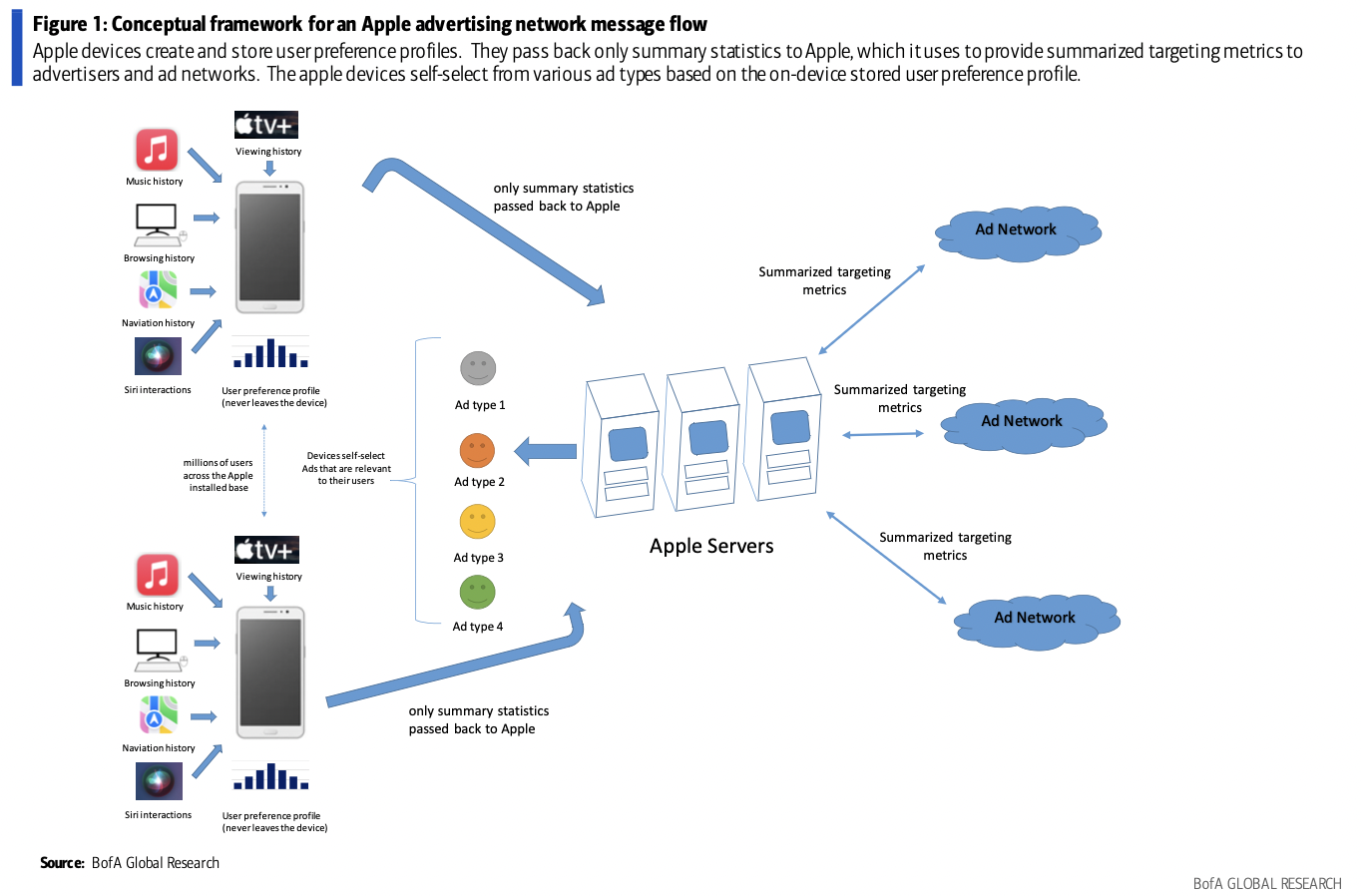 My take: As Erik Savitz pointed out earlier today in Barron's, Mohan is not the first to pursue the Apple ad biz angle. Both Bernstein's Toni Sacconaghi and Evercore's Amit Daryanani have been there. Daryanani even landed on the same $20 billion estimate. Neither, however, had anything like Figure 1.