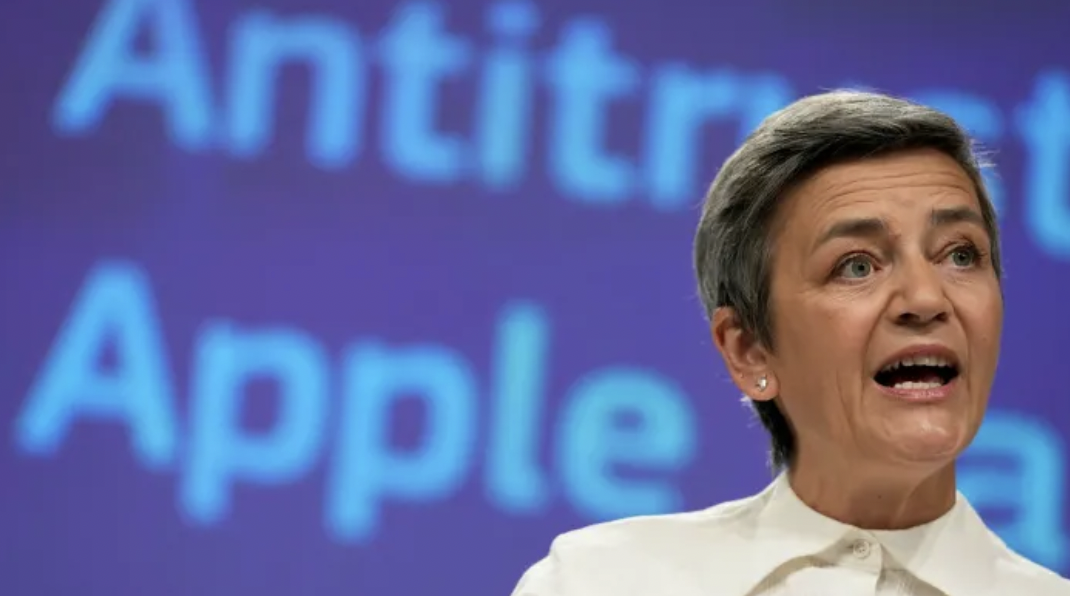 Margrethe Vestager
7 months ago
Published May 2, 2022 by Philip Elmer-DeWitt

From Javier Espinosa's "Apple charged by Brussels with abusing its market power in mobile payments" ($) posted Monday by the Financial Times:

Antitrust investigators are concerned that the US tech group is preventing competitors from accessing “tap and go” chips or near-field communication (NFC) to benefit its own Apple Pay system, the European Commission said in a statement on Monday.

She added that the commission had “preliminarily found that Apple may have restricted competition, to the benefit of its own solution Apple Pay”.

If confirmed, “such a conduct would be illegal under our competition rules”, Vestager said. The company could face fines worth up to 10 per cent of global turnover if the charges are upheld.

My take: This is the latest move in Vestager's campaign to dismantle Apple's walled garden one brick at a time. This one has teeth. Apple's global turnover, as the Europeans call gross revenue, was $365.82 billion in fiscal 2021. Ten percent of that is real money.