From a note to clients by analyst Benjamin Swinburne that landed on my desktop Monday:

Survey shows Spotify building an even more engaged, satisfied customer base: On-platform listening share, or the % of listening on Spotify by Spotify users, increased to 30% in this year’s survey which is second only to SiriusXM. Reported hours listened on Spotify among Spotify users increased ~25% to 4.2 hours per week, also second only to SiriusXM. Spotify also moved into an effective tie with SiriusXM for #1 in overall listener satisfaction. Spotify’s in-car listening share across all respondents remains low but is moving in the right direction, up 300 bp to 10% share. Finally, we note that Spotify’s paid penetration of iOS and Android smartphone users moved up and was in-line with and ahead of Apple Music and YouTube Premium’s penetration, respectively. 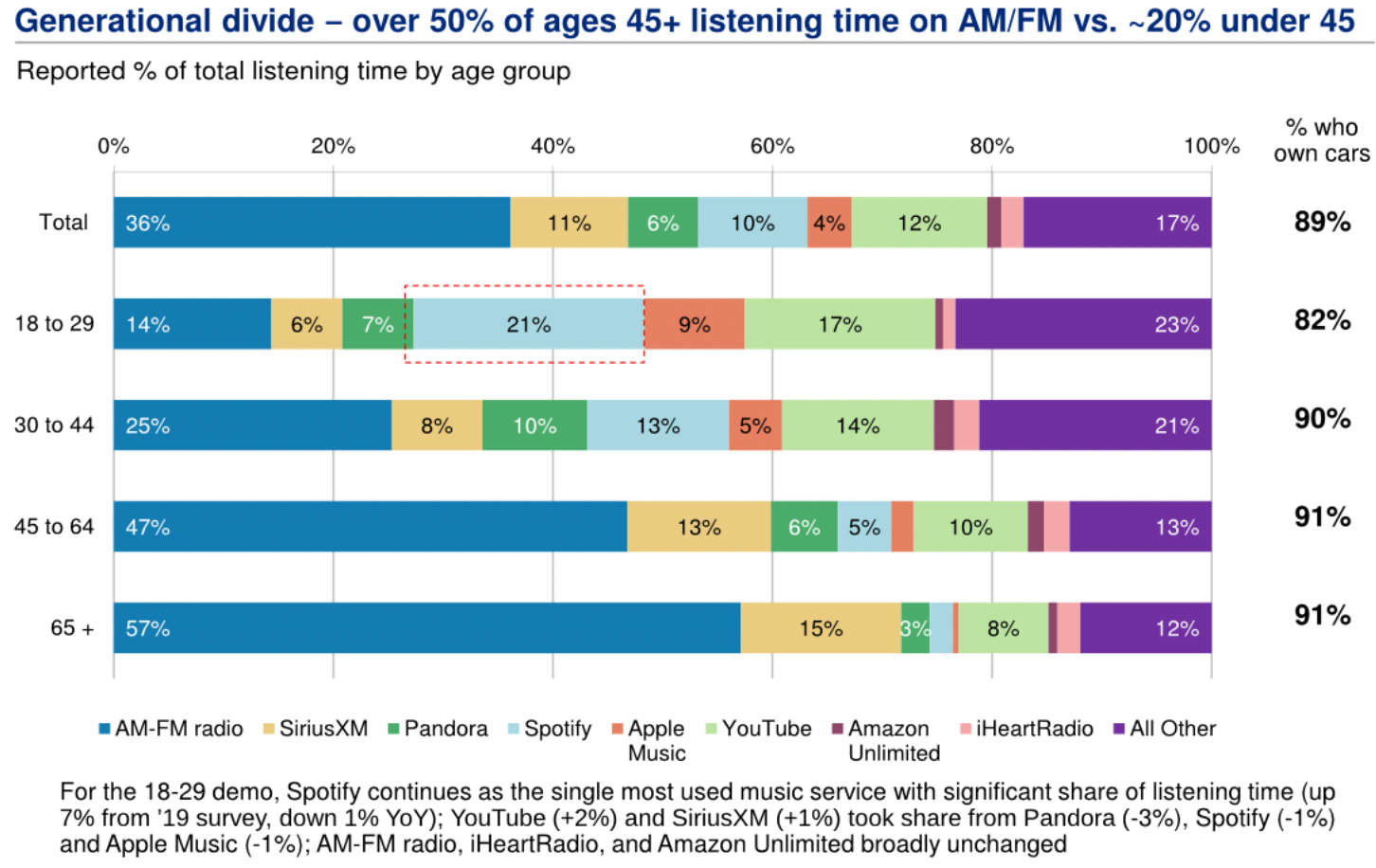 My take: Most of the people my age listen to the radio. Morgan Stanley doesn’t care. It likes Spotify.