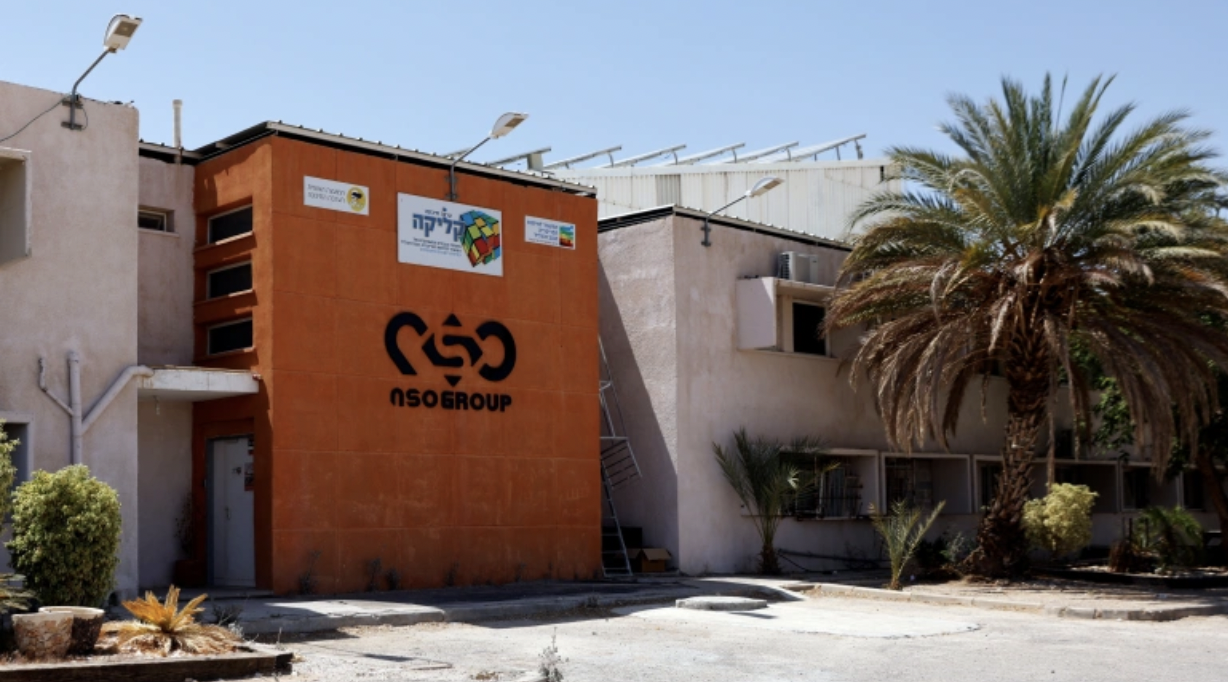 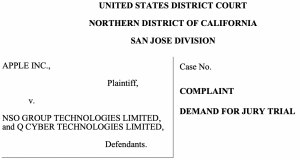 From a complaint filed Tuesday by Apple lawyers in a California federal court:

They design, develop, sell, deliver, deploy, operate, and maintain offensive and destructive malware and spyware products and services that have been used to target, attack, and harm Apple users, Apple products, and Apple. For their own commercial gain, they enable their customers to abuse those products and services to target individuals including government officials, journalists, businesspeople, activists, academics, and even U.S. citizens.

These malicious activities have led the U.S. Government to impose sanctions against NSO. The U.S. Government confirms that Defendants’ products and services “have ... enabled foreign governments to conduct transnational repression, which is the practice of authoritarian governments targeting dissidents, journalists and activists outside of their sovereign borders to silence dissent. Such practices threaten the rules-based international order.”1

Because of Apple’s investment in, and longstanding commitment to, product security and privacy, there is critical need for the company’s products around the world. There are 1.65 billion active Apple devices worldwide, consisting of over a billion iPhones and hundreds of millions of other active Apple devices such as Mac, iPad, and Apple Watch.

This action seeks redress for Defendants’ multiple violations of federal and state law arising out of their egregious, deliberate, and concerted efforts in 2021 to target and attack Apple customers, Apple products and servers and Apple through dangerous malware and spyware that Defendants develop, distribute to third parties, and use (or assist others in using) to cause serious harm to Apple’s users and Apple...

NSO is the antithesis of what Apple represents in terms of security and privacy. While Apple creates products to serve and protect its users, NSO targets and attempts to exploit those products to harm Apple and its users.

NSO’s products are not ordinary consumer malware. NSO has no interest in serving up annoying pop-up ads or even spoofing your bank in order to siphon money from your checking account. NSO’s products are far more insidious and often highly sophisticated. They permit attacks, including from sovereign governments that pay hundreds of millions of dollars to target and attack a tiny fraction of users with information of particular interest to NSO’s customers. Average consumers are not of interest to or attacked by NSO or its customers...

NSO’s malicious activities have exploited Apple’s products, injured Apple’s users, and damaged Apple’s business and goodwill. NSO’s malicious products and services have also required Apple to devote thousands of hours to investigate the attacks, identify the harm, diagnose the extent of the impact and exploitation, and develop and deploy the necessary repairs and patches to ensure that Apple servers, products, platforms, applications, and experiences remain safe and secure for more than a billion individuals and entities who comprise the global Apple community.

Defendants seek to operate with impunity by hiding behind their unnamed customers. Indeed, in response to another lawsuit brought against NSO and Q Cyber by other victims of their attacks, NSO and Q Cyber argued that they should enjoy some form of “sovereign immunity” based on the status of the governments to whom they claim they sell their products and services. But as the Ninth Circuit recently held, NSO and Q Cyber are not sovereigns and are not entitled to sovereign immunity. Nor do they enjoy any other form of immunity for their unlawful commercial and tortious activity directed at Apple and its products, platforms, servers, and users in this country. Defendants’ malicious and harmful activities have brought them well within the long arm of the law and the jurisdiction of this Court, which has the authority to hold them to account for their violations of U.S. federal and state laws and for the damage they have inflicted on Apple and its users.

My take: About time.