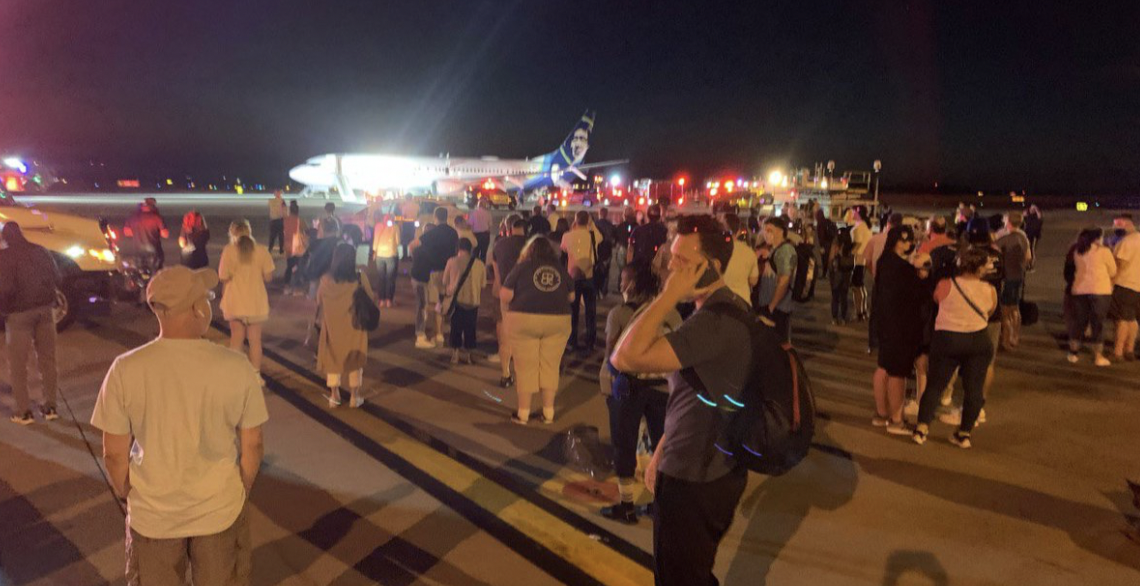 A passenger’s cellphone caught on fire inside the cabin of an Alaska Airlines flight from New Orleans to Seattle that had landed at Seattle-Tacoma International Airport Monday evening.

It was a Samsung Galaxy A21, according to Perry Cooper, a spokesman for the Port of Seattle.

“After much digging, I can tell you that the phone was burned beyond recognition,” Cooper said in an email. “However, during an interview with one of our Port of Seattle Police officers, the passenger volunteered the phone was a Samsung Galaxy A21. Again, we could not confirm it by looking at the remains of the device.”

The crew on Flight 751 extinguished the fire with a battery containment bag, but smoke forced the deployment of evacuation slides, a spokesperson for Alaska Airlines told KOMO-TV.

My take: Reminds me of the Samsung Galaxy Note 7, which caught fire so often the U.S. Department of Transportation briefly stopped passengers from bringing them on board. Another reason to stick with Apple.