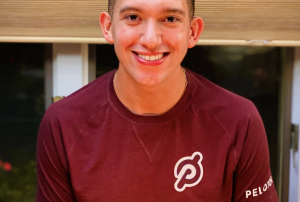 On July 12, 25-year-old Brandon Schneider of Long Island visited the emergency room after suffering abdominal pain and a misdiagnosed kidney stone, reports People. Schneider asked to use the bathroom, where he lost consciousness and fell to the ground…

Luckily, Schneider was wearing an Apple Watch. The device’s fall detection feature recognized the event and alerted emergency services, as well as his father who was with him at the time. “My Apple Watch detected a hard fall, and I did not respond to the like haptic message that requires a response and 45 seconds,” Schneider said in an interview with a local ABC affiliate. Subsequent CT scans revealed a fractured skull and multiple hematomas that were growing in size. He underwent brain surgery and woke up four days later.

Though he doesn’t remember much about the incident or surrounding days, he is on the mend and credits his survival to Apple Watch and an active lifestyle.

My take: There’s news you can use here. Schneider warned People’s readers that they must set their Watch’s emergency contacts to get its full benefits. Schneider’s father — sitting in the waiting room — was one of Brandon’s emergency contacts, which is why he got help so quickly. If he’d had to wait for 911 to respond, he might not have made it.