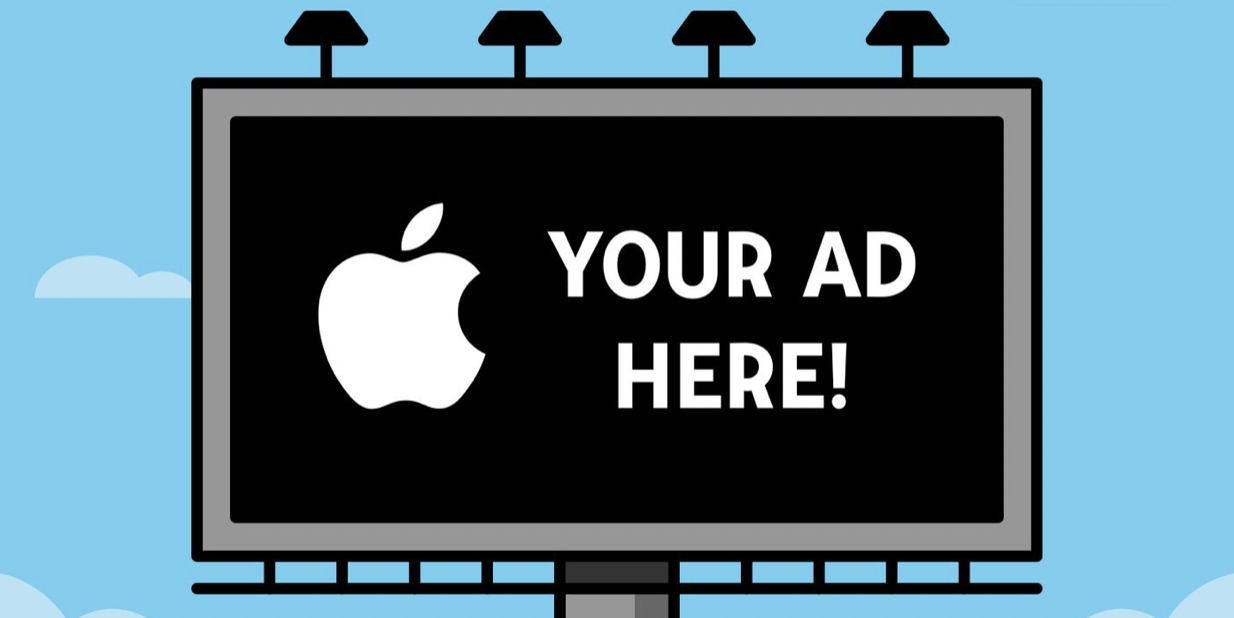 From Erik Savitz’ “Apple Has Been Quietly Building a Digital Ad Business. Here Are the Numbers.” posted Saturday on Barrons.com:

For some time now, Apple has left the impression that it’s opposed to digital advertising. For instance, Apple recently made it nearly impossible to track what consumers view on their iPhones, making it harder to target ads. But that anti-ad impression is not necessarily the reality, as advertising becomes a material contributor to Apple revenue.

In a research note, Bernstein’s Toni Sacconaghi estimates that, while Apple doesn’t talk about ads much and provides little disclosure about them, the company will generate some $3 billion in ad revenue in the September 2021 fiscal year, up from about $300 million in fiscal 2017. He sees the total hitting $7 billion to $10 billion a year by fiscal 2023 or 2024.

Most of Apple’s ad business consists of App Store search ads. Apple also gets modest revenue—likely under $500 million a year—from ads in the Apple News and Stocks apps. He estimates that Google pulls in about $4 billion in ad revenue a year from Maps, with a user base four times as large as Apple Maps’, suggesting $1 billion a year in potential revenue for Apple. Roku, he says, offers “a helpful precedent” for how Apple can get perhaps another billion from Apple TV. However, dropping ads in Apple Mail, Apple TV+, or Apple’s home screens would likely “irk consumers and undermine Apple’s strongly avowed stance on privacy.”

My take: I’d rather have Apple’s numbers than Toni Sacconaghi’s.