Kara Swisher: ‘At least Apple can read the room’ 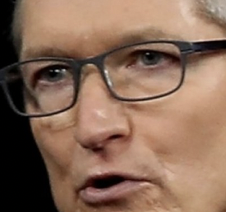 “He’s a prig,” a top Facebook executive said to me about Mr. Cook several years ago. This followed an interview I did with Mr. Cook in which he dissed Mr. Zuckerberg.

“He’s a menace,” an Apple executive said to me about Mr. Zuckerberg after the Facebook chief executive tried to take aim at Apple for being elitist and too pricey at a congressional hearing.

Whatever, boys. But the cracks we are seeing this week are the most significant — and could spell trouble for both companies. Apple, pointing out Facebook’s data gluttony, and Facebook, in turn, noting Apple’s hegemony over mobile, make one thing clear: These tech companies have too much power. And no matter how you slice it, they are all in dire need of government regulation.

At least Apple can read the room. It’s beginning to change the rules of the App Store and loosen its grip over developers. I would not be surprised if Apple found a way to make more concessions, hoping to fend off more dangerous antitrust action, by subjecting the App Store to some sort of scheme to level the playing field around fees and more.

Facebook, on the other hand, knows only one move: Exert power through money and influence, a strategy that’s undergirded by Mr. Zuckerberg’s remarkable streak of stubbornness in the face of persistent criticism.

My take: Swisher is on a roll. There’s more on Apple vs. Facebook in her Pivot podcast with Scott Galloway that landed Friday. Stick around for Galloway’s rage-fueled Robinhood rant.