From a note to clients by analyst Daniel Ives that landed on my desktop Sunday:

With general nervousness around the Apple story over the last few months in light of the US/China trade battle and worries around China demand, our TMT team has spent the last week doing our handset and component checks throughout Asia to better gauge demand/supply issues.

We come away incrementally more positive on global iPhone demand and confidence in our forecast for 180 million iPhone units for FY19 as based on some recent price cuts (e.g., China) we saw a “slight uptick” out of Apple suppliers during our checks although overall handset demand remains challenging.

In China specifically around demand, while the environment remains complex for Apple to navigate, thus far we have NOT seen many cracks in the armor post Huawei swirls and continue to estimate between 60 million to 70 million Chinese consumers will be in the window of an iPhone upgrade opportunity for Apple over the next 12 to 18 months.

On the iPhone launch front, we still expect a trifecta of iPhone 11 releases in the September timeframe with our expectation that all versions will have an ultra-wideband sensor with the top 2 models having the three-lens camera functionality while the next XR version is expected to have dual cameras.

Lastly from a new product perspective, we are expecting AirPods new version 3 to be launched towards year-end ahead of holiday season with these AirPods expected to have some design enhancements and will be waterproof with higher price points.

While China remains a wild card, we are bullish into Apple’s future heading into FY20 and beyond.

My take: Has Ives ever not been bullish on Apple? I remember when he was at $310. 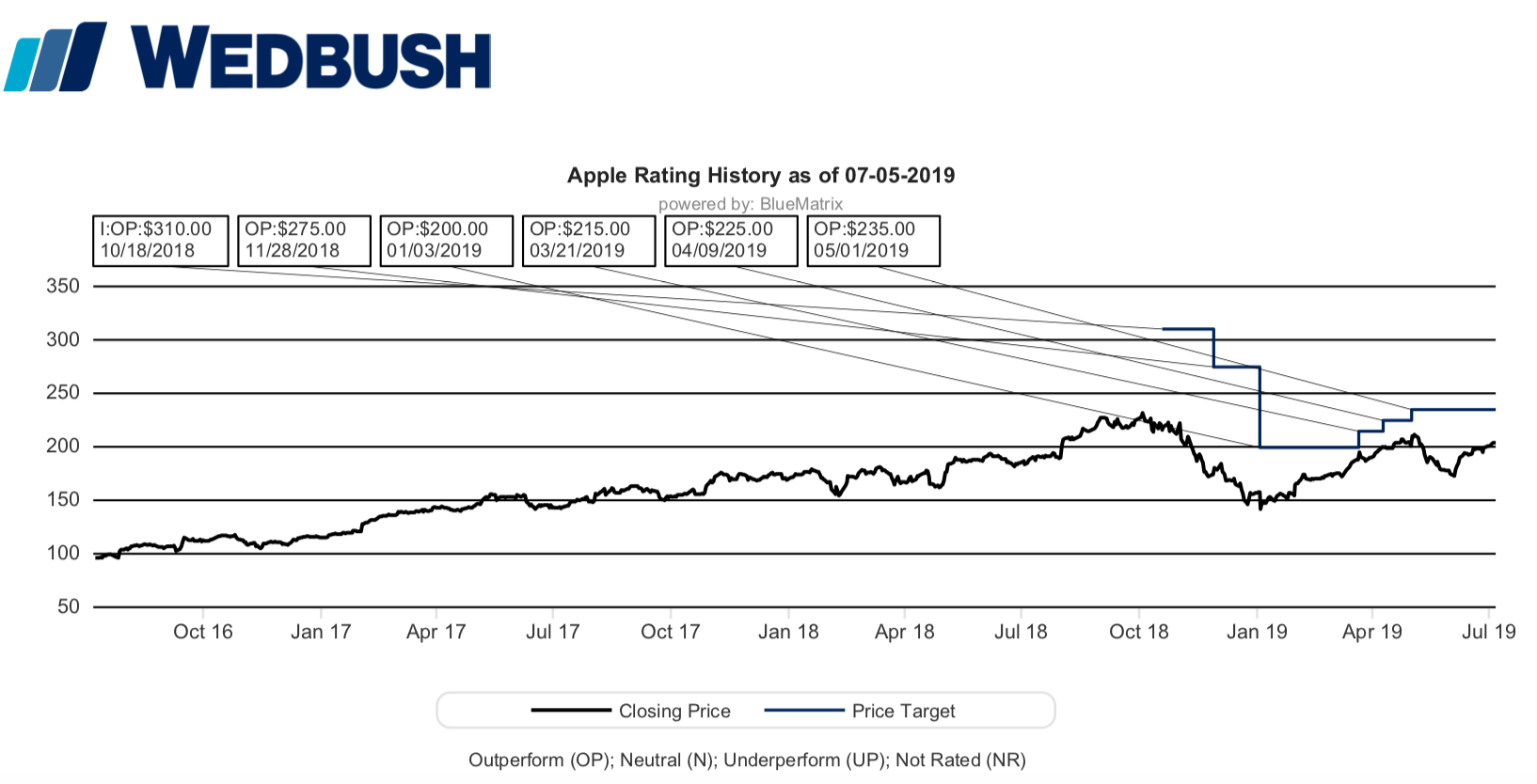