From "Over 1/4 of Apple: Jony's departure will hurt Apple" posted Friday on Blind's Work Talk Blog:

We wanted to ask verified Apple employees what they really think about Ive’s departure and how impactful they think it would be for their company. We also surveyed the tech community on this issue. Key Points: 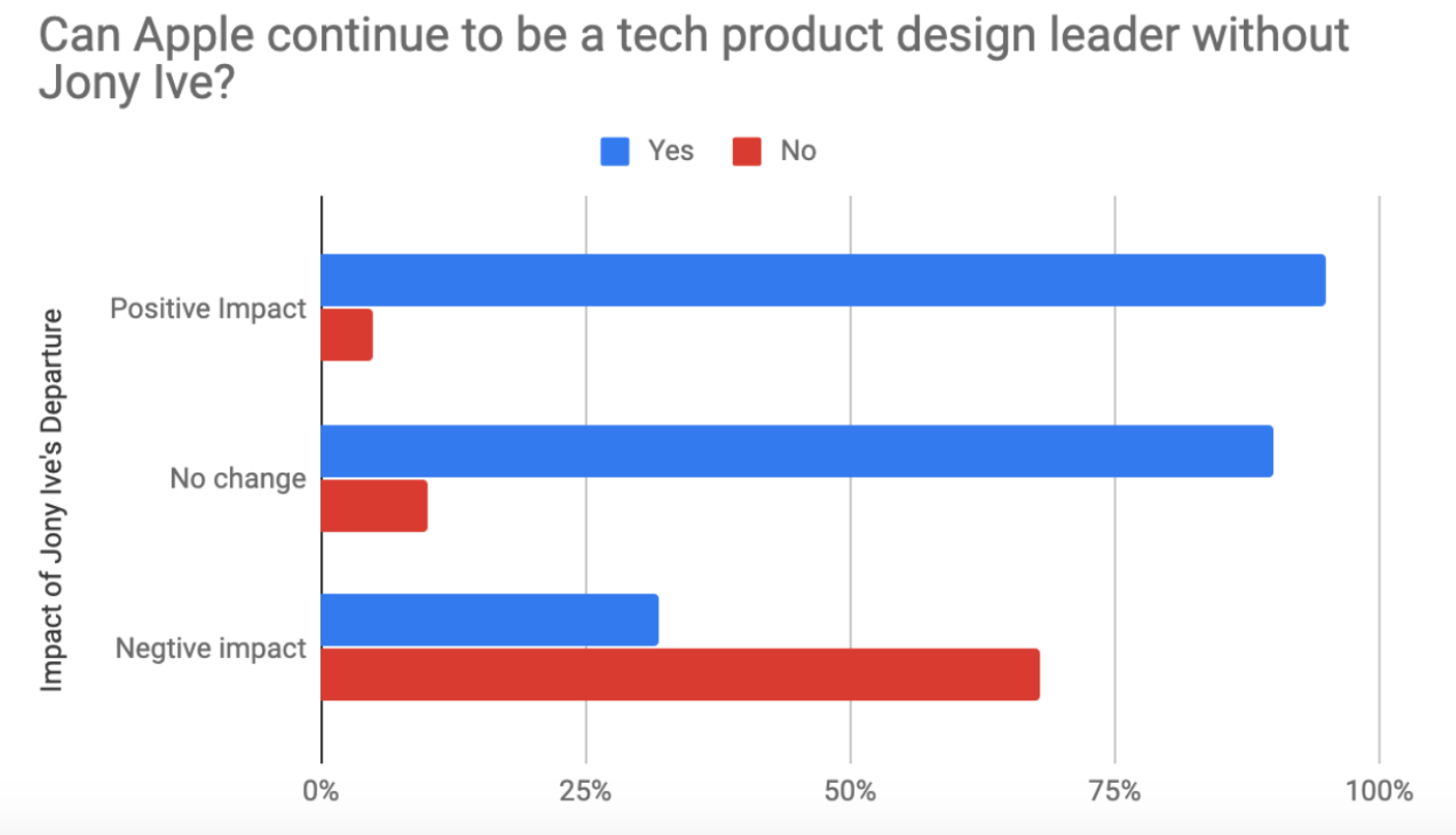 My take: Blind, "the anonymous app for the workplace," elicited responses from 104 verified Apple employees who got paid for their answers. We can't tell how many worked in retail, how many in industrial design.