NYT: There ought to be a law against Apple's hard line on repairs

The Grey Lady's editorial board makes common cause with iFixit.

From It’s Your iPhone. Why Can’t You Fix It Yourself?  in Sunday's New York Times:

Apple and John Deere, among other companies, have lobbied vigorously, and so far with success, against proposals for state right-to-repair laws. Companies say that they are seeking to ensure the quality of repairs, protecting both their customers and their own reputations.

They also have raised more sensational concerns. Lydia Brasch, a Nebraska state senator who proposed such a law in 2017, said an Apple lobbyist warned her that Nebraska would become a hot spot for hackers, and that it was dangerous to play with lithium batteries.

The company is welcome to persuade people to patronize its own repair facilities, or to buy new iPhones. But there ought to be a law against forcing the issue.

My take: I pay for AppleCare, partly because I'm lazy, but mostly because the cost of Apple's out-of-warranty screen repairs is ridiculous (see below). Talk about forcing the issue! 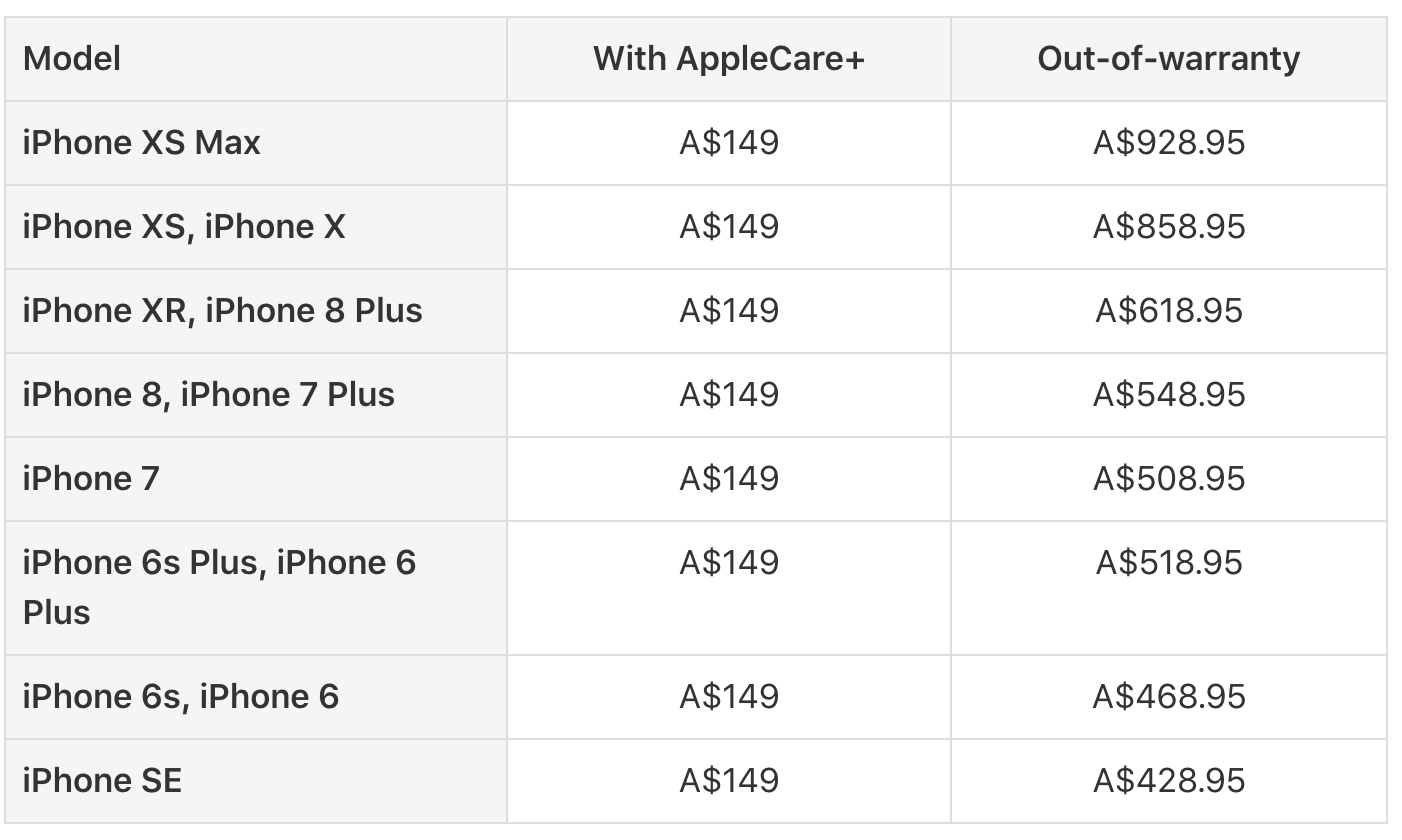