Look which Apple analysts came out from underwater

Many used Monday's event as an opportunity to dust-off their spreadsheets—and get ahead of Apple rising share price.

In the DataWrapper chart below, toggle between Before and After to see the price changes. Not seeing the chart? Click here. 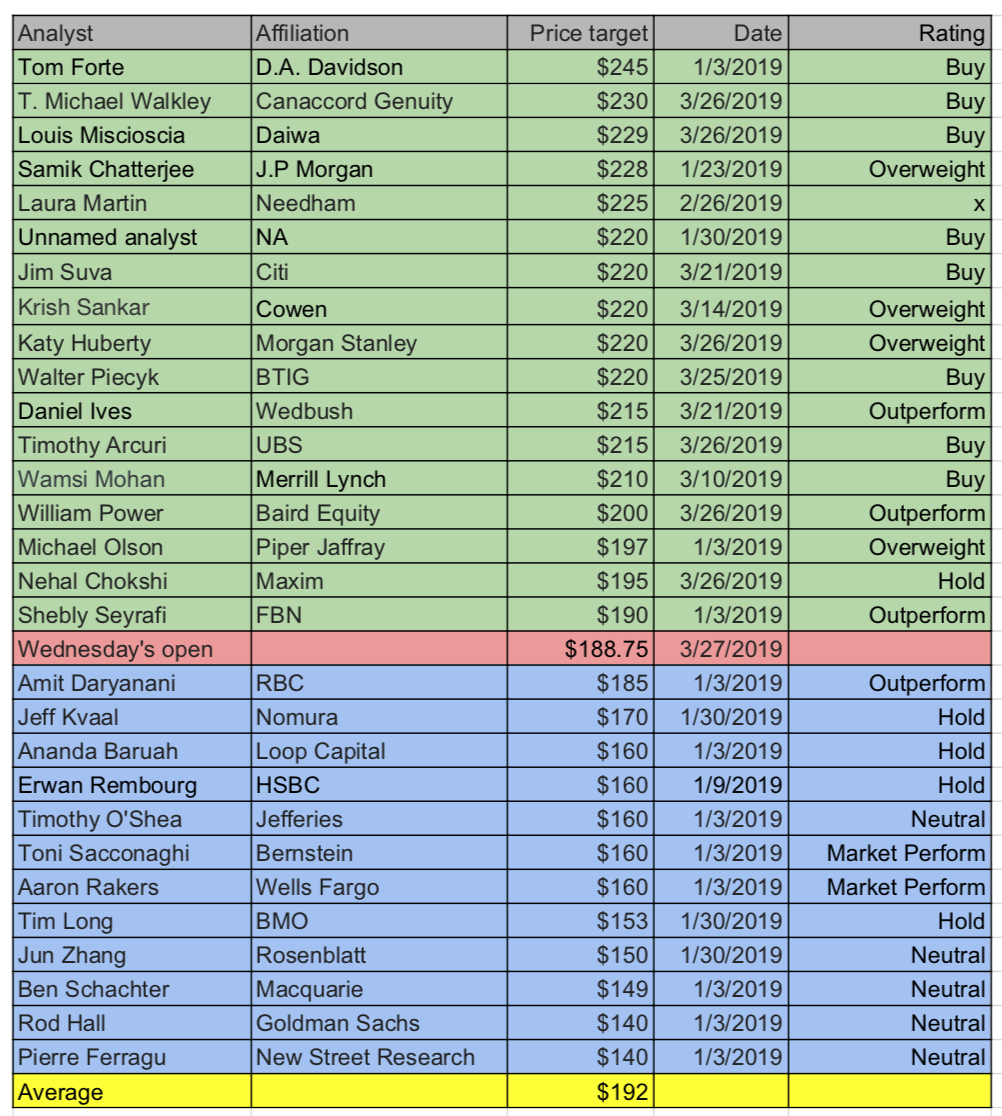 Click to enlarge. *I rely on TipRanks ($) for the estimates of an analyst who shall remain nameless (long story).