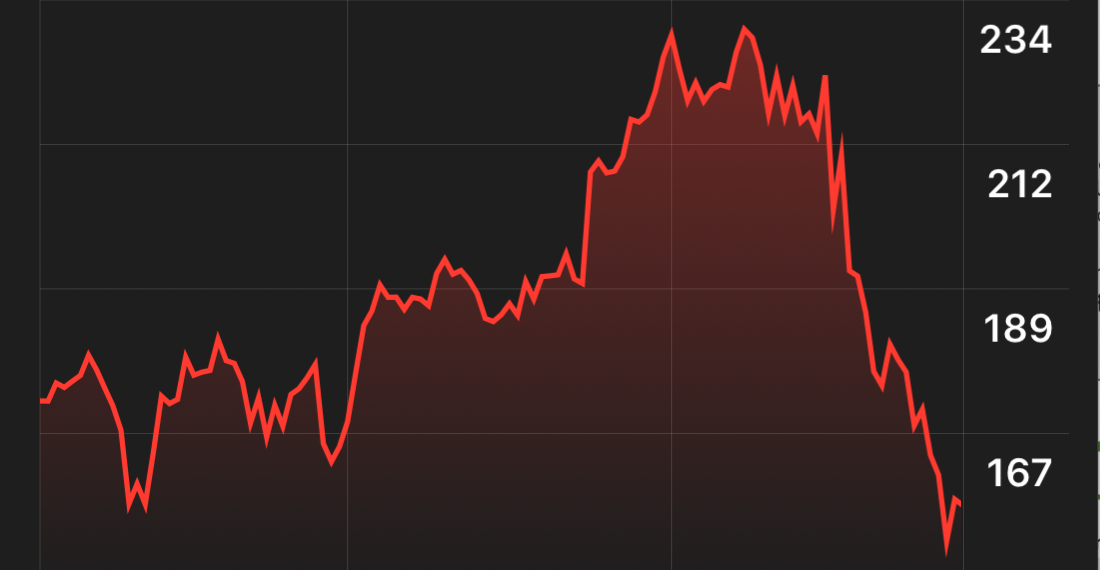 From a note to clients Friday by analyst Tom Forte snagged by Barron's ($):

Investors should buy Apple stock on the big dip, according to D.A. Davidson.

“We believe the near-term challenges, including lower unit sales in emerging markets, are more than priced into shares,” he wrote on Friday. “In fact, as Apple is able to further show its ability in mitigating tariff risks, we think the shares at current levels provide an attractive buying opportunity.”

Apple (AAPL) stock was up slightly to $156.75 on Friday. Its shares have dropped nearly 30% since the end of October, as concerns mounted about weak demand for the newest iPhone models, amid guidance warnings from several component suppliers.

The analyst noted even in a bad scenario where the trade conflict between the U.S. and China escalates, Apple can move its production outside the Asian country. He also said the company may increase its stock buyback plans and raise its dividend.

My take: Despite the big dip, most of the bullish Apple analysts are sticking with their guns. Last time I looked, the average 12-month price target was $216, nearly $60 (38%) above Friday's closing price.