Below: My spreadsheet of Apple price targets, as accurate and up-to-date* as I can make it. Corrections appreciated. 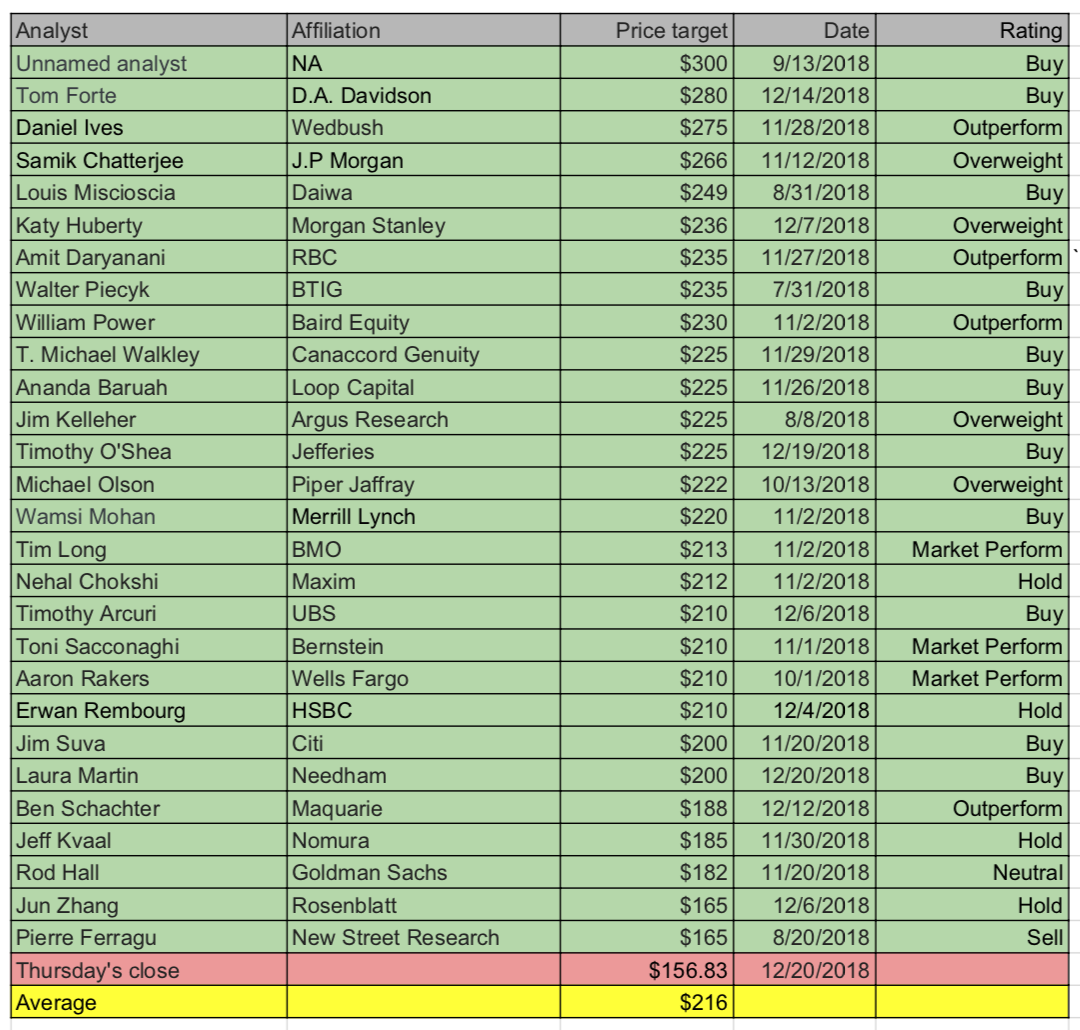 Click to enlarge. I rely on *TipRanks ($) for the estimates of an analyst who shall remain nameless (long story).

My take: I’ve never seen the company’s share price fall as far below the even the most bearish target.