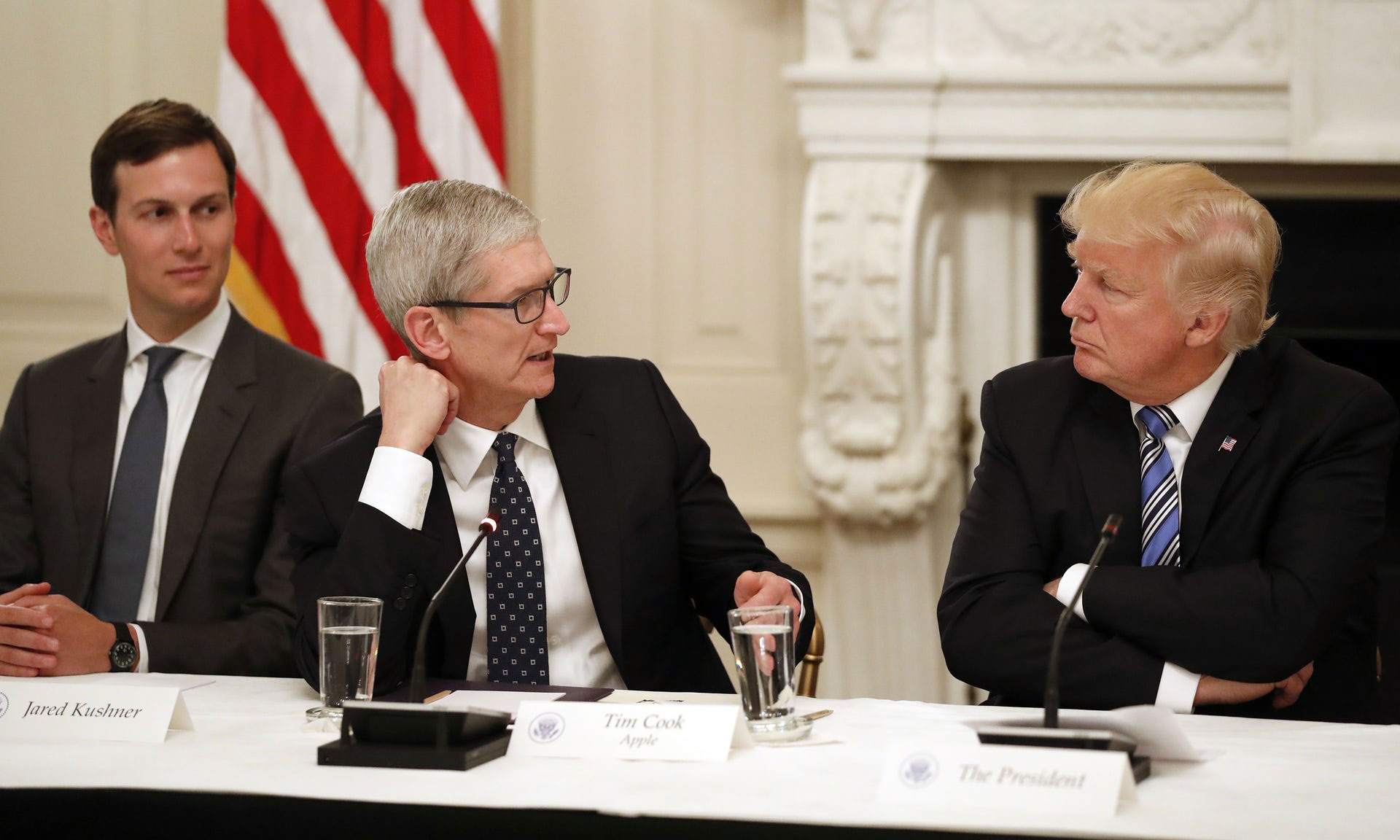 Is China listening when Apple’s Cook talks to Trump?

Oh, to be a fly on the wall when tariffs get discussed.

From When Trump Phones Friends, the Chinese and the Russians Listen and Learn in Thursday’s New York Times:

Mr. Trump’s use of his iPhones was detailed by several current and former officials, who spoke on the condition of anonymity so they could discuss classified intelligence and sensitive security arrangements. The officials said they were doing so not to undermine Mr. Trump, but out of frustration with what they considered the president’s casual approach to electronic security.

American spy agencies, the officials said, had learned that China and Russia were eavesdropping on the president’s cellphone calls from human sources inside foreign governments and intercepting communications between foreign officials.

The officials said they have also determined that China is seeking to use what it is learning from the calls — how Mr. Trump thinks, what arguments tend to sway him and to whom he is inclined to listen — to keep a trade war with the United States from escalating further. In what amounts to a marriage of lobbying and espionage, the Chinese have pieced together a list of the people with whom Mr. Trump regularly speaks in hopes of using them to influence the president, the officials said…

Calls made from the phones are intercepted as they travel through the cell towers, cables and switches that make up national and international cellphone networks. Calls made from any cellphone — iPhone, Android, an old-school Samsung flip phone — are vulnerable.

My take: Intriguing story. Tim Cook is not one of Donald Trump’s close friends but they do talk. In this case, the interests of Beijing and Cupertino are in alignment. Neither wants the trade war to get out of hand.

WARNING: Partisan and ad hominem comments will be removed.