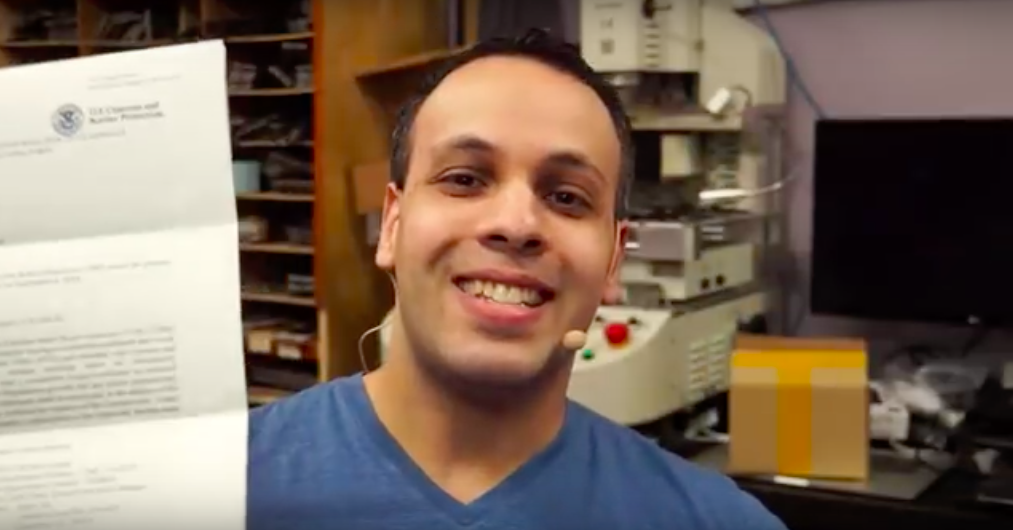 Waving a notice of seizure of "20 Apple Laptop Batteries" from U.S. Customs and Border Protection, Louis Rossmann called it a "crazy coincidence" that he happens to be the unauthorized Apple repair guy who starred in a recent Canadian Broadcasting Corporation investigative report—one that caught an Apple genius recommending $1,200 of unnecessary repairs. (See Bad genius, caught on video.)

My take: Louis Rossmann may be the Michael Avenatti of the right-to-repair movement. If the CBC reporter brought that laptop to an Apple Store knowing about the dysfunctional cable, will Tim Cook demand a retraction?