Apple: Top selling premium phone in 5 regions out of 7

From a CounterPoint Research report that landed on my desktop Thursday:

According to Counterpoint Research’s Market Monitor Q2 2018, the global premium smartphone segment [$400+] grew faster than the overall smartphone market. This was driven by increasing shipments from Chinese players, which have recently upgraded their flagships and are positioning them at a higher price point, at launch, compared to their previous flagship models. As these players grow outside China, premium portfolio can help them tap the developed markets like Western Europe or USA where they were unable to expand their reach previously... 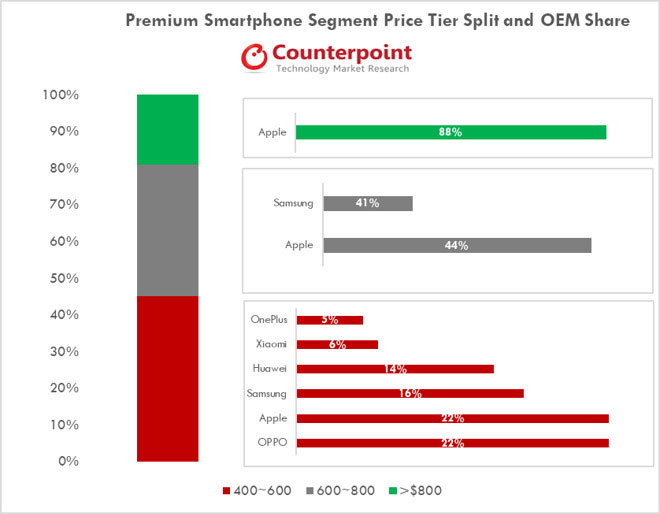 My take: Rich or poor, people tend to buy the smartest phone they can afford.