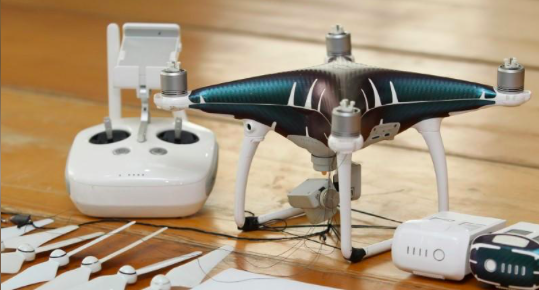 iPhone tales: The little Chinese drones that could

Did Chinese drones really transport hundreds of thousands of iPhones from Hong Kong to Shenzhen?

"Any headline that ends in a question mark can be answered by the word no." — Betteridge's law

Authorities arrested 26 suspects who used drones to fly two 200-meter (660-feet) cables between Hong Kong and the mainland to transport refurbished iPhones with a total value of 500 million yuan, the paper said in a report on the crackdown by Shenzhen and Hong Kong customs...

The smugglers usually operated after midnight and only needed seconds to transport small bags holding more than 10 iPhones using the drones, the report quoted customs as saying. The gang could smuggle as many as 15,000 phones across the border in one night, it said.

My take: This story may be getting more play than it deserves. (See here, here, here, here, here, here, here and here.) $80 million U.S. at a street price of $200 each works out to 400,000 refurbished iPhones. Could there be an extra zero or two in that number? Also, given that iPhones are assembled in Shenzhen, isn't this contraband moving in the wrong direction?