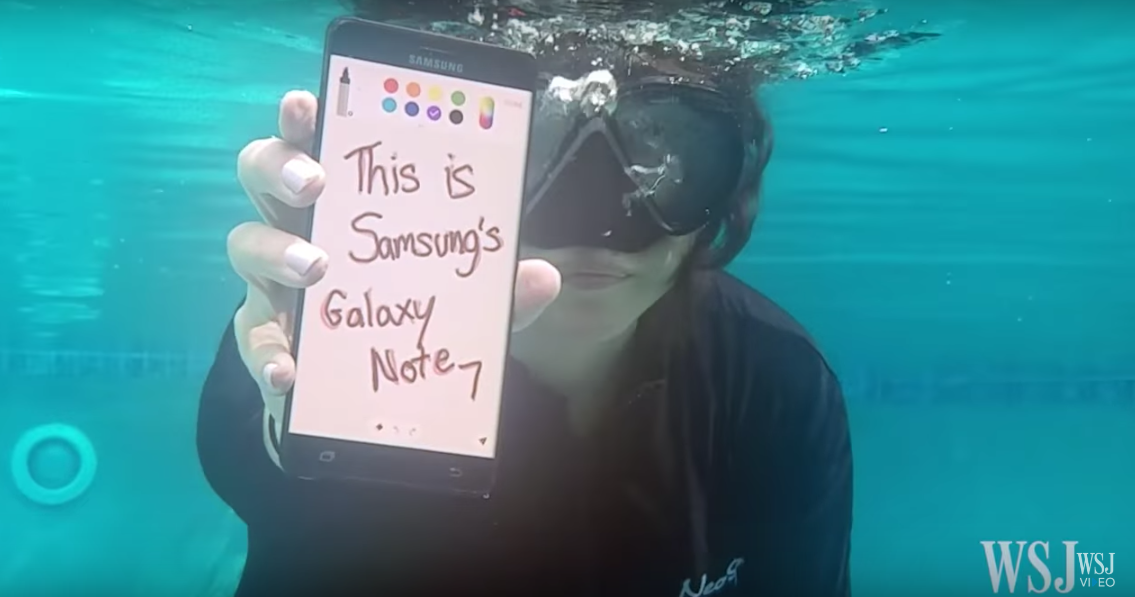 About those glowing (no pun intended) Samsung Galaxy Note 7 reviews...

For a phone that's embarrassingly slow, catches on fire, and has to be recalled, the notes were pretty good.

Gotta love Joanna Stern. Not only did she write her official review of the newest Samsung smartphone with the device's own stylus, but she strapped on a mask and snorkel to prove its waterproofness. She couldn't have anticipated the worldwide recall the company initiated Friday unless her review unit, you know, burst into flames.

But the Verge's Sam Seibert should have known better than highlight the phone's performance. A few days after he called the Note 7 "the best big phone ever made" and gave "performance" 9 on a scale of 10, two different benchmark testers reported that the phone delivered "embarrassing real-world performance" and was slower, in fact, than a two-year-old iPhone.

I asked Sam about it. Haven't heard back. His editor did write back. Said he'd look into it. Two days later, The Verge posted a follow-up.

Yes, let's everybody chill. After all, it was only a Samsung. Can you imagine the ruckus if this were an iPhone?