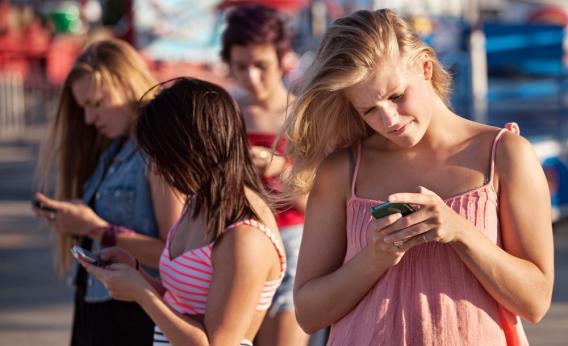 Which would you guess is bigger?

The chart comparing Apple's total revenue to Facebook's is not very interesting.

In the graph above, Facebook looks like an Apple rounding error. iPhone sales may be slowing but there's still a lot more money to be made selling hardware to tens of millions than showing ads to 1.6 billion.

A more interesting chart is the one that compares Facebook's total revenue to Apple's Services revenue. Here at least the two players are in the same ballpark, and you can compare the arc of their growth curves.

Tim Cook has been encouraging investors to see Apple not just as a hit-driven hardware manufacturer but also as a services company whose 800 million users generate a steadily growing revenue stream.

The growth in Apple's Services* is steady enough, but Facebook is growing a lot faster. See below: