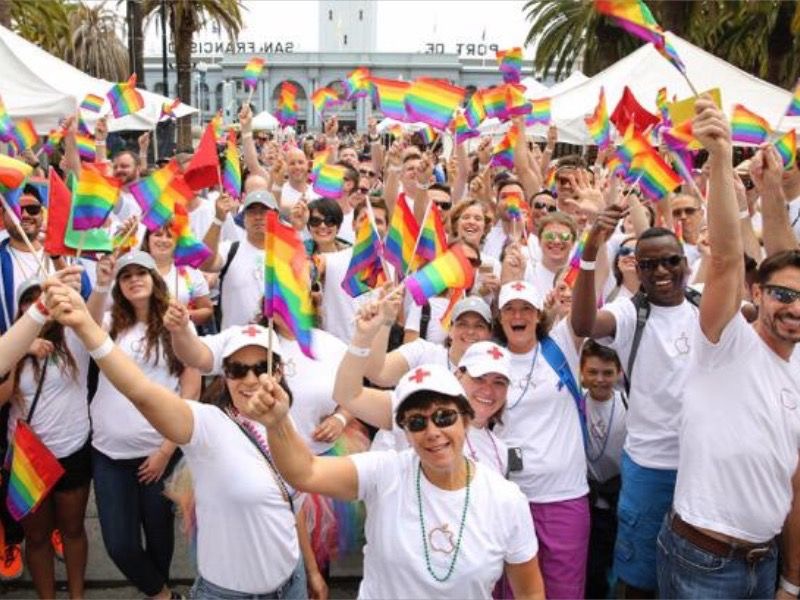 Tim Cook, in case you haven't heard, is gay—not that there's anything wrong with that. But it was an open question when he came out in 2014 whether his advocacy for Lesbian, Gay, Bisexual and Transgender rights would help or hurt Apple's bottom line.

We have an early data point from a study reported in Sunday's New York Times by a pair of academic economists—Aaron Chatterji at Duke and Michael Toffel at Harvard.

Corporations, they point out, have long influenced public policy through lobbying. But CEO activism like Cook's is a relatively new phenomenon.

To better understand it, the professors ran a series of experiments on a pool of nearly 3,400 Americans. In one, they tested the effect of attributing concern about Indiana's controversial "religious liberty" law to several prominent figures, including the CEO of Apple. They found that support for the law fell sharply if respondents knew that Tim Cook was against it.

Then they went one step further.

"Perhaps more interesting," they write, "we asked another 2,176 respondents how likely they were to buy Apple products. We prefaced this question for some respondents with information about Mr. Cook’s discrimination concerns, for others with a description of Mr. Cook’s business philosophy and for the remainder without any preamble. Respondents who were prompted by Mr. Cook’s opposition to the Indiana law—particularly those who supported same-sex marriage—expressed a greater intent to purchase Apple products than did the other two groups. While it might not be the motivation of C.E.O. activists, consumers appear to respond favorably to the companies’ products when they agree with the chief executive’s politics. These consumer gains outweighed, in our study, the consumer losses incurred by those who opposed same-sex marriage and were put off by Mr. Cook’s advocacy."

In other words, homophobes are a market Apple is probably OK to forego.

See also: What Tim Cook's coming out meant to me.