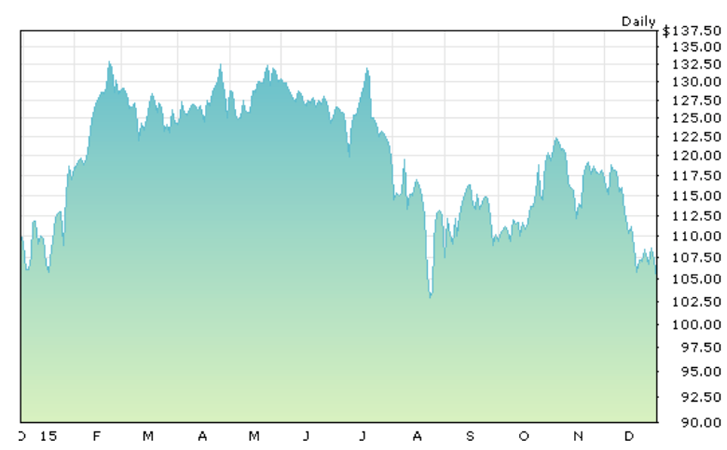 Judging by the fundamentals—things like revenue, earnings, assets, cash flow, profit margins, and growth—Apple had a very good year.

However shares in the world's most valuable company finished 2015 down 4% from the beginning of the year and off nearly 22% from their 52-week high.

In my comment stream yesterday, a longtime reader who calls himself Merckel spoke for many frustrated shareholders when he boiled it down to six reasons:

"Any one of the above suggests the stock market is inefficient as hell," Merckel concludes. "That all of the above apply produces a truly asinine Apple stock price."