This is the iPhone 14 reborn as a beautiful butterfly
4 months ago
Published September 19, 2022 by Philip Elmer-DeWitt

"This is the most repairable iPhone in years." 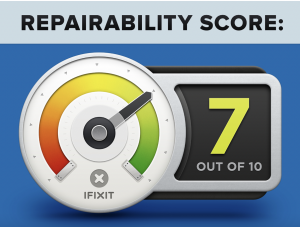 The best feature of the iPhone 14 is one that Apple didn’t tell you about. Forget satellite SOS and the larger camera, the headline is this: Apple has completely redesigned the internals of the iPhone 14 to make it easier to repair. It is not at all visible from the outside, but this is a big deal. It’s the most significant design change to the iPhone in a long time. The iPhone 14 Pro and Pro Max models still have the old architecture, so if you’re thinking about buying a new phone, and you want an iPhone that really lasts, you should keep reading.

If this surprises you, you’re not alone. It surprised us! The new features and external changes to the iPhone 14 are so slight that The Verge suggested it should have been called the iPhone 13S, saying “The iPhone 13, which came out a year ago and Apple is still selling, is nearly identical to the 14.”

But that’s actually not true—though almost nobody had any way of knowing.  Apple didn’t mention the secret redesign in their keynote. If reviewers had disassembled the phone, they would have discovered this: The iPhone 14 opens from the front and the back.

My take: That's one way to get on iFixit's good side. The iPhone Pro models, however, remain at the 5-out-of-10 level.