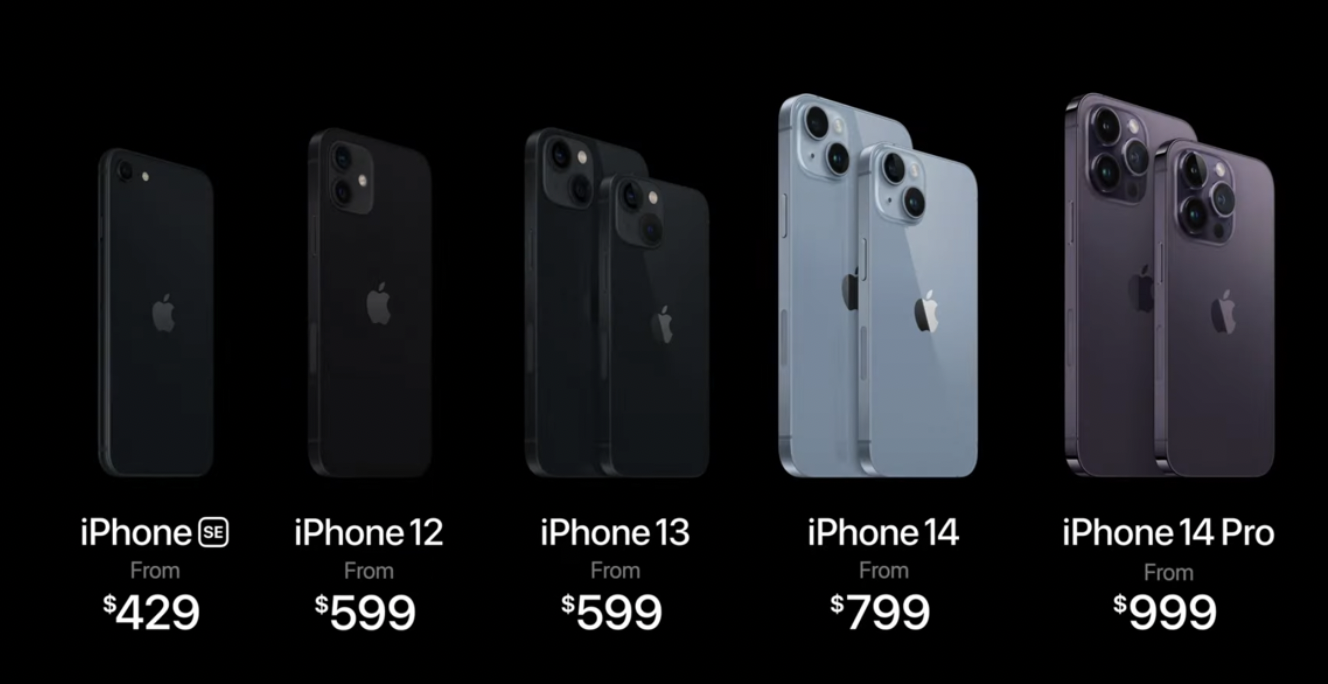 Apple's 'Far Out' event: What the analysts are saying

Excerpts from the notes I've seen. More as they come in.

Toni Sacconaghi, Bernstein: Our key takeaways from yesterday's iPhone announcements. Consensus iPhone estimates for the December quarter imply well below historical average sequential growth, despite an extra week. iPhone 14's availability timeframe is in line with history, pointing to “normal” December seasonality, though Apple has an extra week in its quarter, which all else equal should help 7-8%. Consensus is looking for 68% sequential iPhone revenue growth in CY Q1 (Dec), which appears conservative relative to an historical average of 87%). For the full year, we model iPhone revenues down modestly in FY 23, slightly below consensus. We note that the strength of an iPhone cycle is typically dictated by its December performance... Consistent with history, Apple's stock reaction was muted yesterday (-100bps relative) and we expect the stock could largely tread water for the several months, until investors gain better visibility into the strength of the iPhone 14 cycle. Market-Perform. $170.

Kyle McNealy, Jefferies: 48MP Camera, Smaller Notch and Carrier Promotions. Apple announced its iPhone 14 lineup as well as a new Apple Watches and the 2nd Gen AirPods Pro. Much of the announcement was in-line with our expectations with a few modest surprises. Specifically, we like the carrier promotions in the US that were announced in conjunction with the product launch. The iPhone lineup got feature upgrades all around – faster processors, camera upgrades, new safety features, and a smaller pill shaped notch. We like the new larger 48MP camera which is a big jump versus the 12MP they’ve kept for the last 7 years. We also think the smaller notch is something that can move the needle as the notch has been a detractor versus all-screen devices. While 5G devices have been shipping for two years now, we think Apple is still in the very early stages of the 5G cycle as evidenced by the sub-5% quarterly upgrade rate among US wireless carriers. Buy. $200.

Harsh Kumar, Piper Sandler: Apple Unveils Four New iPhones at Launch Event. In our view, most importantly, ASPs for these phones were kept consistent with last year’s models, and given the constrained economic environment we think this is an incremental positive for Apple. Apple once again pushed the limits with small feature updates, and in our opinion, it added 2 killer features: crash detection and Emergency SOS support via satellite. On the topic of prices, the new iPhone 14 is priced at $799 and the 14 Plus at $899. The Pro is priced at $999, while the Pro Max is priced at $1,090. On each of the four models, consumers can get significant discounts with suitable trade-ins. Again, in our view, prices consistent with last year are likely to be a significant advantage for Apple. Overweight. $195.

Samik Chatterjee, J.P. Morgan: Pricing Maintained in Nod to Modest Feature Updates and Macro; Positive Surprise for Investors Braced for Worse. Apple’s product announcements for iPhones, Apple Watches and AirPods were largely in line with expectations heading into the event in relation to features. However, despite limited surprises in terms of features, which are typically correlated to a share price sell-off, the shares tracked well as pricing across the devices was largely maintained, likely acknowledging the more modest feature updates as well as the challenging macro backdrop... Additionally, the aforementioned in combination with limited features on the lower-tiered models could have implications on the mix for the latest iPhone cycle. To that end, we view the 2022 Product Launch as a modest positive with Apple able to reflect the anticipated feature updates across the products in the respective pricing despite concerns of increases from the investment community. Overweight. $200.

Gene Munster, Loup Ventures: A Masterclass in Refinement and Innovation. Apple's Fall iPhone event stuck to the company's Playbook for Success. Take a loved product, progress its features and refine its look while maintaining its price point. I'm so familiar with the Playbook that I forget it has a tried-and-true track record of inspiring Apple consumers to buy more products as well as fostering new members into the family. Collectively, Apple's newly announced iPhones, Watches and AirPods should be enough to deliver an upside to the September numbers, despite one of the four iPhone models not shipping in October. Looking to FY23, I believe there were enough announcements for the company to slightly exceed the consensus estimate of 5% revenue growth.

Gadjo Sevilla, Insider Intelligence: The move to the larger iPhone Plus size is likely to be the biggest reason for consumers to upgrade. Apple reusing the A15 chip for a second year helps it use up its stockpiles while differentiating more expensive Pro models. The Apple Watch is a mature product category with well-established benefits. Apple can now cater to the entry level with the Apple Watch SE and develop the adventure and high-performance segment of the market with Apple Watch Ultra. This will be easier to market than its previous use of gold, titanium, and ceramic materials as premium differentiators.

Daniel Ives, Wedbush: iPhone 14 Unveiled To Kick Off Another Strong Product Cycle Despite Macro. The Apple Watch and AirPods have transformed from a rounding error to a significant tangential product segment at Apple and speaks to the monetization of a golden 1.8 billion iOS installed base that remains unmatched globally. Taking a step back, launching 3 new core hardware products within the Apple ecosystem despite the biggest supply chain crisis seen in modern history is a major feat for Cook & Co. especially with the zero Covid shutdowns in China seen in April/May... For pricing the iPhone 14 Pro will be $999 and iPhone 14 Pro Max will start at $1,099 with NO price increase which was a surprise to the Street. Outperform. $220

Amit Daryanani, Evercore: Tim Cook Wants to Make Sure You Are Healthy and Safe. Throughout the event, a lot of emphasis was put on new safety features including car crash detection in both the iPhone and Apple Watch as well as a new emergency messaging system that leverages satellite connectivity to send emergency messages when cellular connections are not available. Apple announced the Watch Series 8 and also debuted a new product called the Apple Watch Ultra which is targeted at the more extreme sports end of the market with a particular emphasis placed on its functionality for scuba. The Watch will also feature a new sensor which can measure the wearers temperature. AirPods upgrades weren’t major but included a 33% increase in battery life and a 2x increase in noise cancellation (both driven by new H2 chip). Outperform. $185.