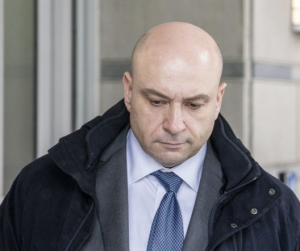 A former top corporate lawyer for Apple Inc. pleaded guilty Thursday to insider trading, admitting that he used access to the company’s undisclosed earnings results to reap hundreds of thousands of dollars in illicit gains, according to prosecutors.

Gene Daniel Levoff worked as Apple’s corporate secretary, a role that involved managing the company’s compliance efforts to avoid employee insider trading. Mr. Levoff also served as co-chairman of Apple’s disclosure committee, which reviewed and discussed quarterly and annual earnings reports that hadn’t been issued yet, according to the U.S. attorney’s office for New Jersey, which prosecuted the case.

As an Apple executive, Mr. Levoff had a duty to not trade on its material nonpublic information. But he made both bullish and bearish trades over five years, generating profits of $277,000 and avoiding losses of $377,000 on other transactions, according to prosecutors.

My take: The temptation must have been great. Who wouldn't love a peek at Apple's quarterly earnings reports before they're released?