3 months ago
Published May 4, 2022 by Philip Elmer-DeWitt

While commercial demand is healthy, the slowdown in consumer and education has taken its toll on Chromebooks and tablets, both of which suffered further shipment declines. Tablet numbers fell 3% year on year to 38.6 million units, while Chromebooks dipped to 4.9 million units, a 60% fall from their record performance in Q1 2021.

Worldwide tablet shipments fell slightly, by 3%, but against what was an exceptionally strong Q1 2021. 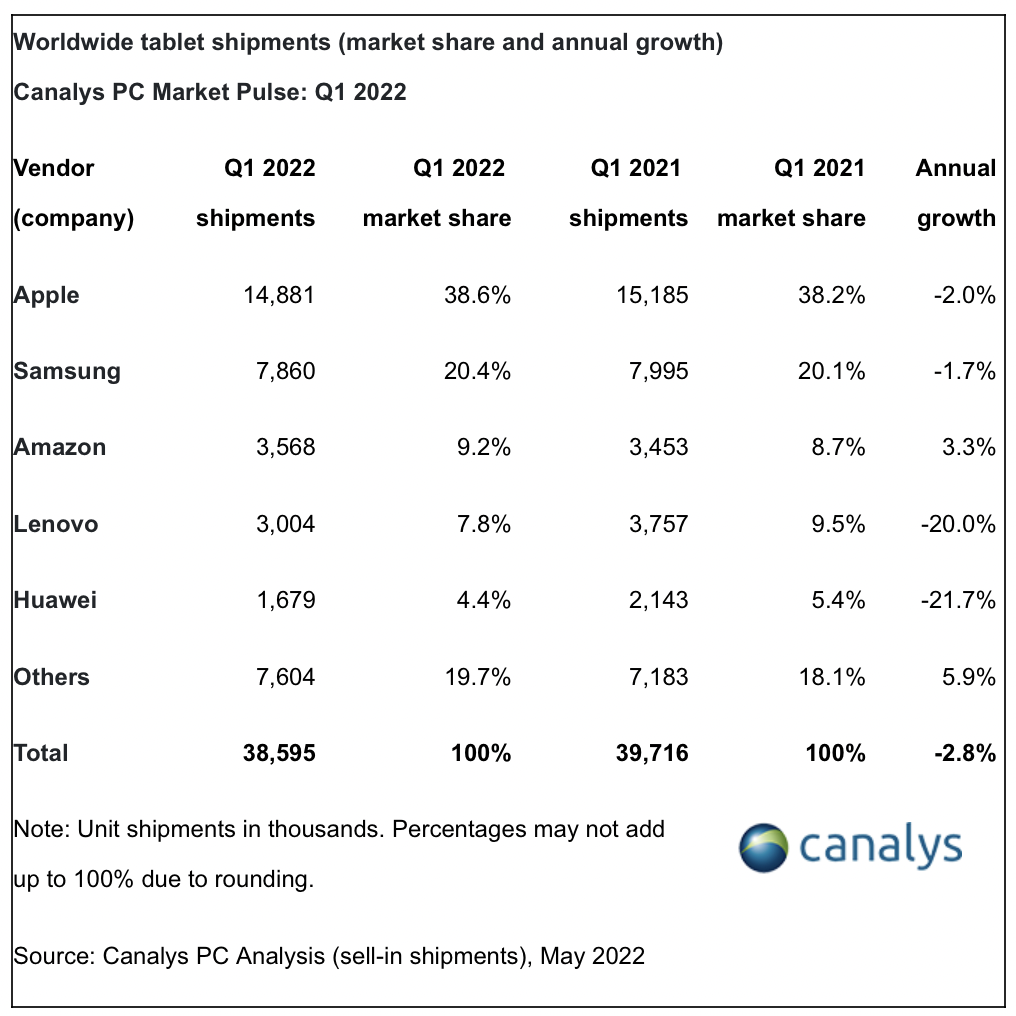 My take: I have a loaner Chromebook issued by the City of Greenfield. Even tried using it for a while. I'm not surprised the slowdown has taken its toll on sales.