4 months ago
Published May 1, 2022 by Philip Elmer-DeWitt

From a note to clients by analyst Amit Daryanani that landed on my desktop Sunday:

ALL YOU NEED TO KNOW: Over the next 5 weeks we intend to spotlight the 5 KEY underappreciated growth vectors for AAPL that could further expand their ecosystem and extend the platform. We are kicking this off with Apple Pay & Apple’s focus on the broader fintech markets.

Apple has operated its Apple Pay digital wallet for years, but has recently begun to expand its fintech offering into payment processing, and is reportedly targeting a buy now, pay later (BNPL) offering in the near future.

Apple Pay is a leading digital wallet that should continue to enjoy strong growth as digital wallets continue to account for a larger share of payments. The recently announced Tap- to-Pay feature will initially have a small addressable market by Apple standards, but over time this can scale to become a serious competitor to major payments platforms. The buy now, pay later feature has not yet been announced, but Bloomberg reports the announcement should come soon and will have two parts: 1) Apple Pay in 4 (4 installment payment plan with no interest), and 2) Apple Pay Monthly Installments which will be longer-term and charge interest (partnering with Goldman here).

From a revenue perspective, we see Apple Pay as the largest opportunity (~$10B in FY26), while the tap-to-pay feature is a more modest opportunity until they expand beyond micro merchants (~$1B in FY26). There are not enough details on Apple’s BNPL plans to develop a revenue estimate, but global BNPL volume is around $90B, growing to $268B in 2024.

Net/net: Sticking with our OP rating and $210 target as we think AAPL remains uniquely positioned to sustain mid-single digit top line growth and low/mid-teens EPS growth over the next several years.

My take: The first third of this 31-page report is the dive into FinTech. The rest is a recap of earlier Services research. There's some original research here and 43 charts and spreadsheets altogether. A sample: 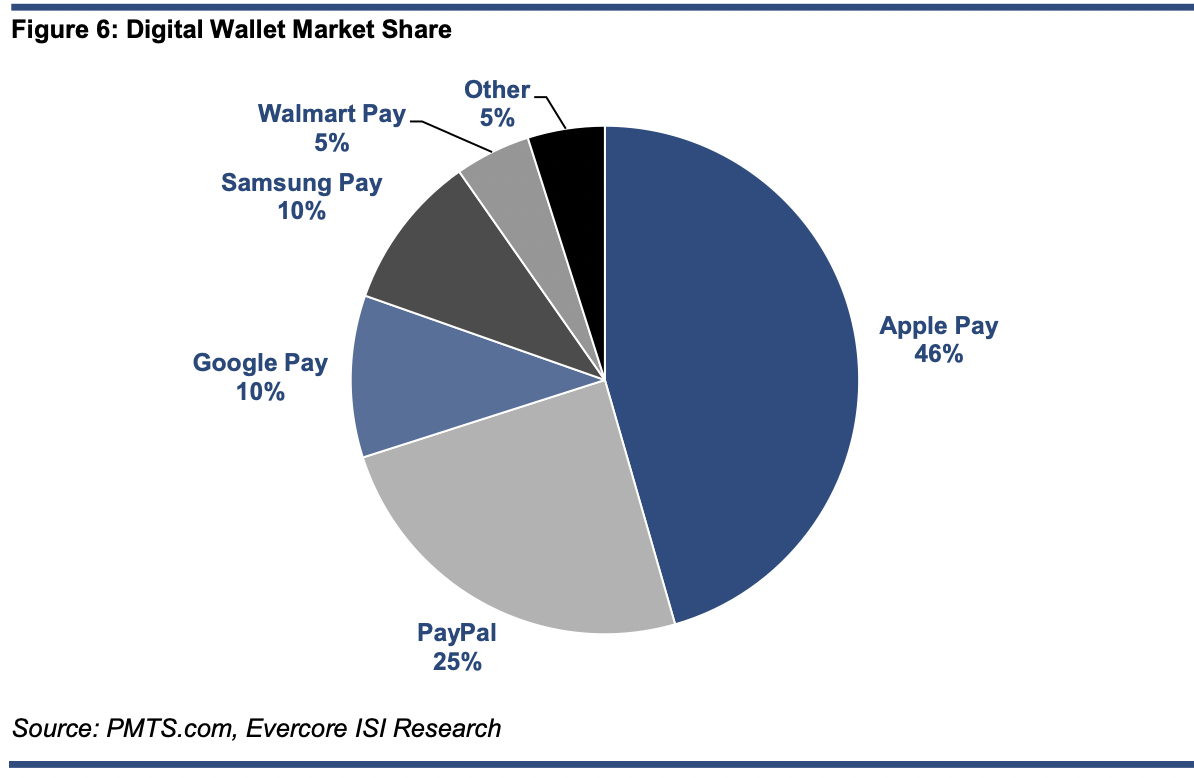