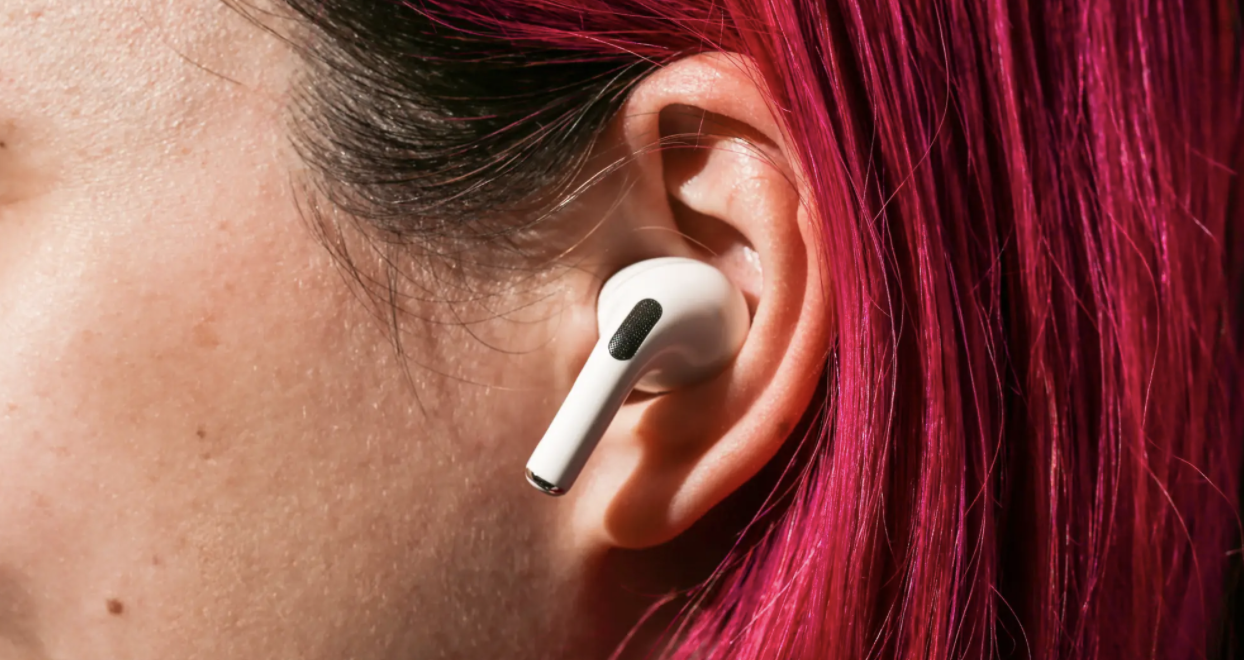 Piper Sandler: 72% of US teens own AirPods

From a note to clients by Harsh Kumar that landed on my desktop Wednesday:

Apple's share of smartphone ownership remains near record highs in Piper Sandler's Taking Stock with Teens Spring 2022 survey (here). Of the ~7,100 respondents, 87% have an iPhone, which is slightly below the 88% record set in the Spring 2021 survey. In addition, the iPhone could return to record highs due to the 87% purchase intention among teens. We note over 23% of teens plan to upgrade to an iPhone 13 this spring/summer. Apple's other hardware metrics also showed strong results, with more than 30% already owning an Apple Watch and 72% owning AirPods. Overall, we view the survey results as a sign that Apple's place as the dominant device brand among teens remains well intact. 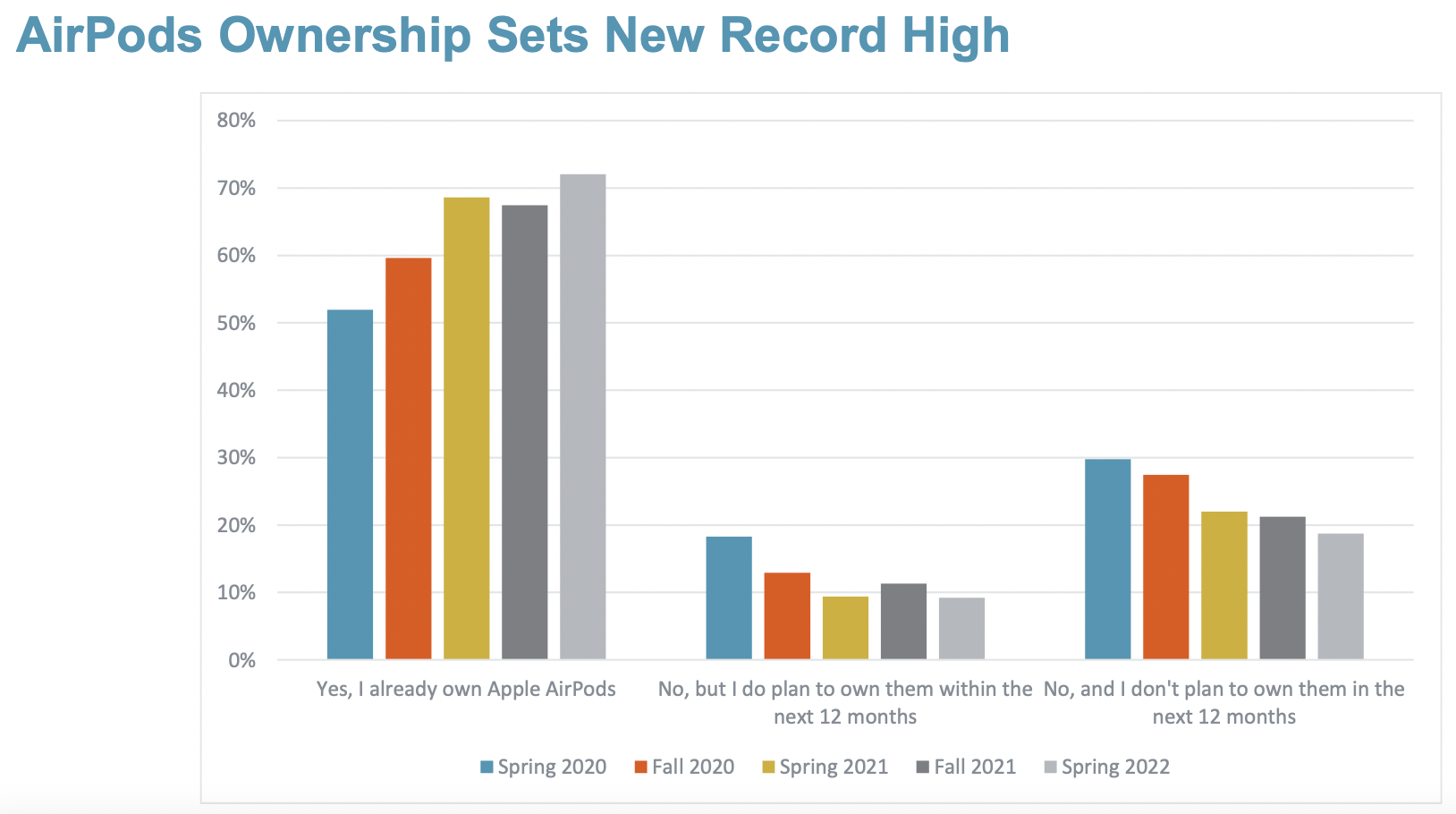 My take: These are, for the most part, well-heeled teens. The average household income in the survey sample was ~$69,300 of which upper-income responses (28% of responses) represented households averaging $104,200. Still, the outbreak of white earbuds among the young is approaching pandemic levels.