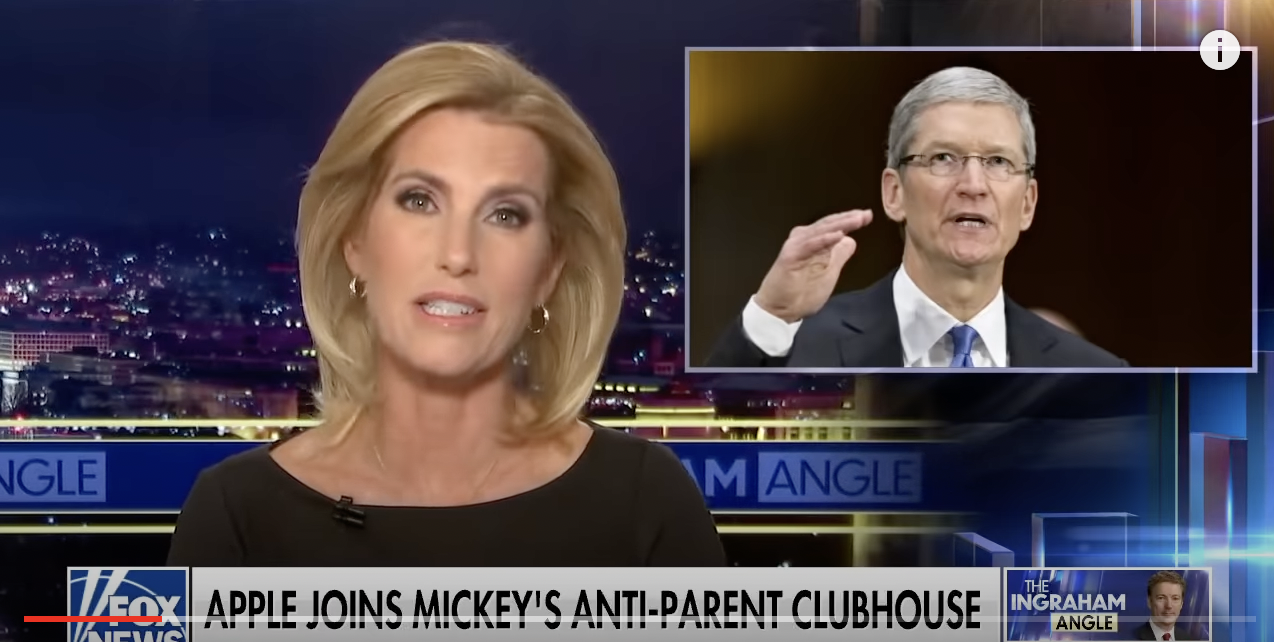 Laura Ingraham: The mouse and the Apple (video)

From "Ingram: Apple joins Disney’s political alliance with the Left" which aired Saturday on Fox News:

Cue the YouTube (the Apple bit starts at the 41 second mark):

My take: Ingram is a cookie full of arsenic. She's all yours. I can't bear to watch her.