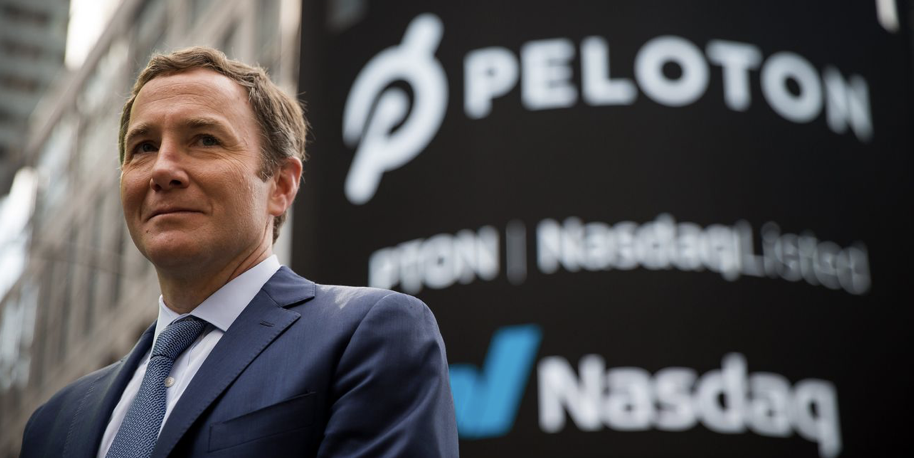 "We view Apple as the likely acquirer due to the clear strategic fit,... while Amazon and Nike among others could be potential bidders in the mix."

From a note to Wedbush clients that landed on my desktop Tuesday:

According to the WSJ in a surprising move this morning Peloton Founder and CEO John Foley will step down from the company after a disaster few months.

Foley has been the pioneer and visionary of Peloton over the last decade with a meteoric rise of Peloton and now exits in a dark time with 2,800 job cuts (20% of its corporate base) and the wind down of its Peloton Output Park in Ohio. We believe Foley leaving the CEO post and moving to executive chair (being replaced by former Spotify and Netflix CFO) sets up a fork in the road path for Peloton in the months ahead.

While Foley has supermajority B shares and ultimately controls the fate of Peloton, we believe shareholder pressure will build to solicit bids and sell Peloton to a strategic player with potential bidders Apple, Amazon, and Nike likely in the fold. (emphasis his)

While Peloton will likely spin a path of restructuring and growth ahead with the new CEO and "rip the band-aid off earnings/guidance" after the bell, the reality is that Foley was the pilot on the Peloton growth plane and him leaving paints a bleak picture with the main visionary no longer in charge...

In a nutshell, we believe Foley leaving makes it more likely that Peloton ultimately sells the company and the Board clearly has major decisions to make in the days/weeks/months ahead. If a bidding process begins, we view Apple as the likely acquirer due to the clear strategic fit with its healthcare/fitness/subscription initiatives while Amazon and Nike among others could be potential bidders in the mix.

My take: It's not in Apple's DNA to make double-digit billion dollar acquisitions -- at least, not the Apple I know. See history.