Counterpoint: How iPhone got to No. 1 in China

“Apple’s stellar performance was driven by a mix of its pricing strategy and gain from Huawei’s premium base.”

From “Apple Reaches its Highest Ever Market Share in China” posted Wednesday:

Apple surpassed vivo in Q4 2021 to become the #1 brand in China after six years, when the iPhone 6 supercycle was at its peak. Q4 2021 also brought Apple its highest ever market share in China at 23%, according to Counterpoint Research’s Monthly Market Pulse Service. However, China’s smartphone sales in Q4 2021 declined 2% QoQ and 9% YoY, respectively. The country’s full-year smartphone sales also continued the downward trend for the fourth consecutive year, declining 2% YoY in 2021.

Commenting on Apple’s performance, Research Analyst Mengmeng Zhang said, “Apple’s stellar performance was driven by a mix of its pricing strategy and gain from Huawei’s premium base. Apple rose to first place in China right after the iPhone 13 was released (week 39) in September. Afterwards, it remained in the leading position for most of the fourth quarter. The new iPhone 13 has led the success due to a relatively lower starting price at its release in China, as well as the new camera and 5G features. Furthermore, Huawei, Apple’s main competitor in the premium market, faced declining sales due to the ongoing US sanctions.” 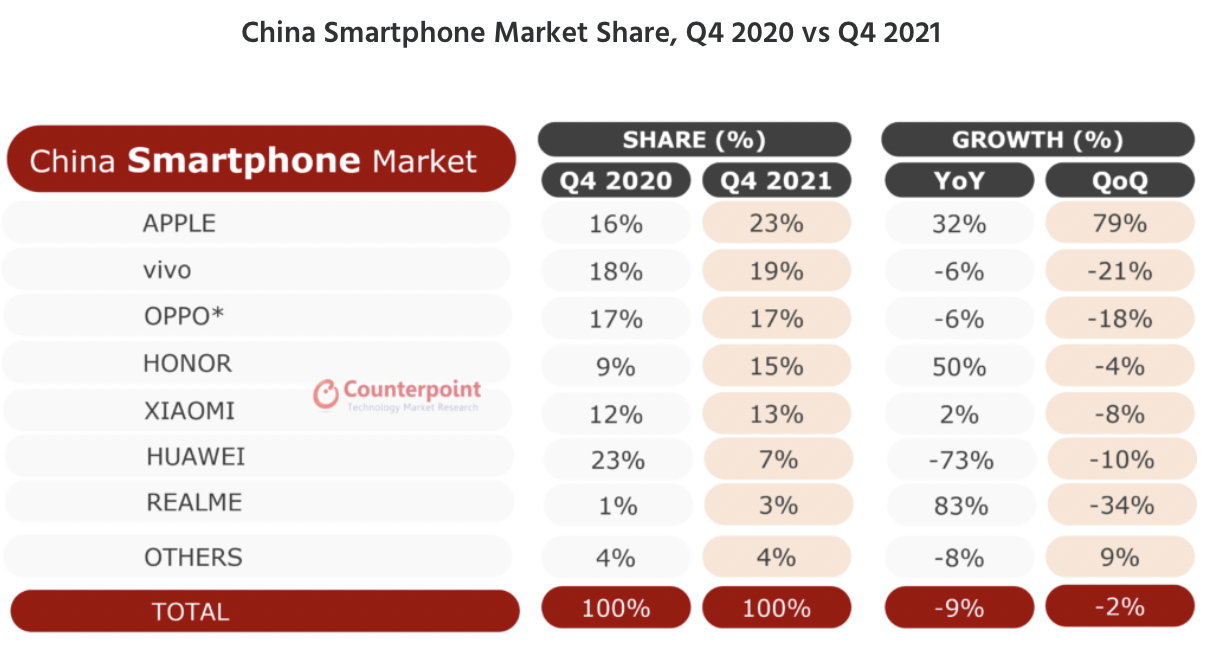 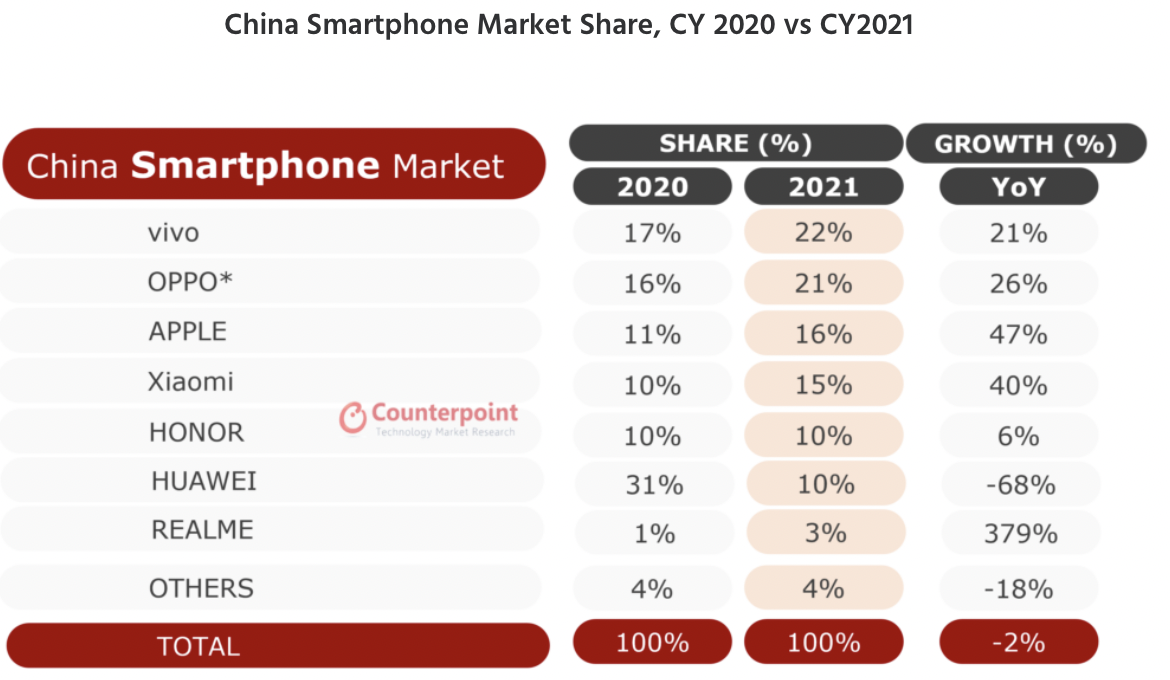 My take: This is what Wedbush’s Daniel Ives has been saying for weeks.