The PC market ended 2021 with a bang, as fourth-quarter shipments exceeded 90 million for the second year in a row. The latest Canalys data shows that worldwide shipments of desktops, notebooks and workstations grew 1% year on year to 92 million units over 91 million a year ago. This pulled up total shipments for full-year 2021 to 341 million units, 15% higher than last year, 27% higher than 2019 and the largest shipment total since 2012. Furthermore, the industry saw strong revenue gains, with the total value of Q4 shipments estimated at US$70 billion, an annual increase of 11% over Q4 2020. For the full year, revenue passed US$250 billion in 2021 against US$220 billion in 2020, up 15%, highlighting the seismic transformation in the industry…

“While 2021 was the year of digital transformation, 2022 will be the year of digital acceleration,” said Canalys Principal Analyst Rushabh Doshi. “Demand for technology has boomed in the past two years, the effects of which continue to disrupt the supply chain, affecting not just availability of PCs, but also smartphones, automobiles and servers. As PC vendors navigate an ever more complicated situation, consumer spending patterns are shifting. We will see revenue growth in the industry from spending on premium PCs, monitors, accessories and other technology products that enable us to work from anywhere, collaborate around the world and remain ultra-productive. The importance of faster, better, more resilient and more secure PCs has never been greater, and the industry is willing to innovate and push the boundaries to keep this momentum going.” 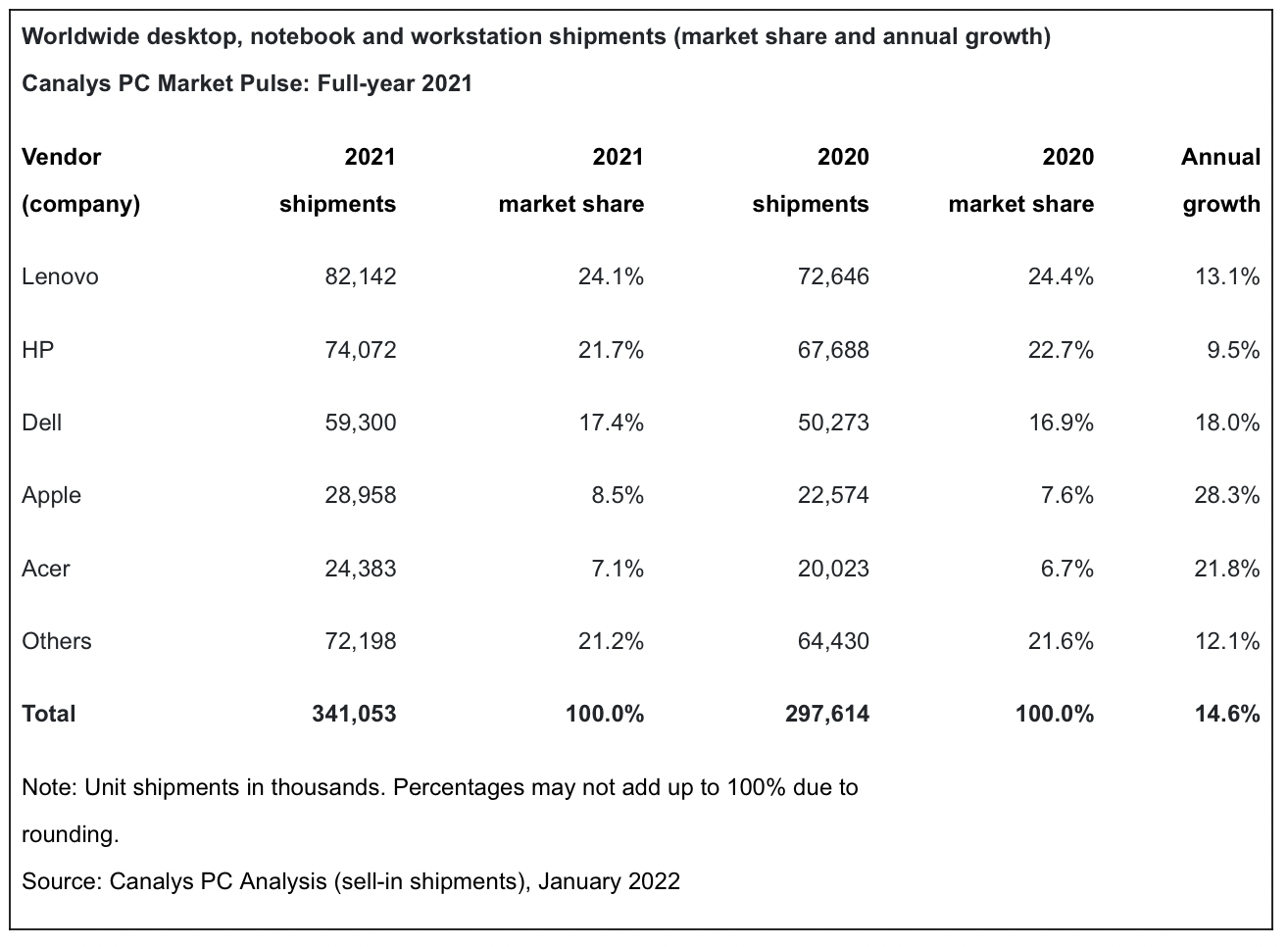 My take: If there were seismic bangs and booms heard last year, they came from the M1 Macs.