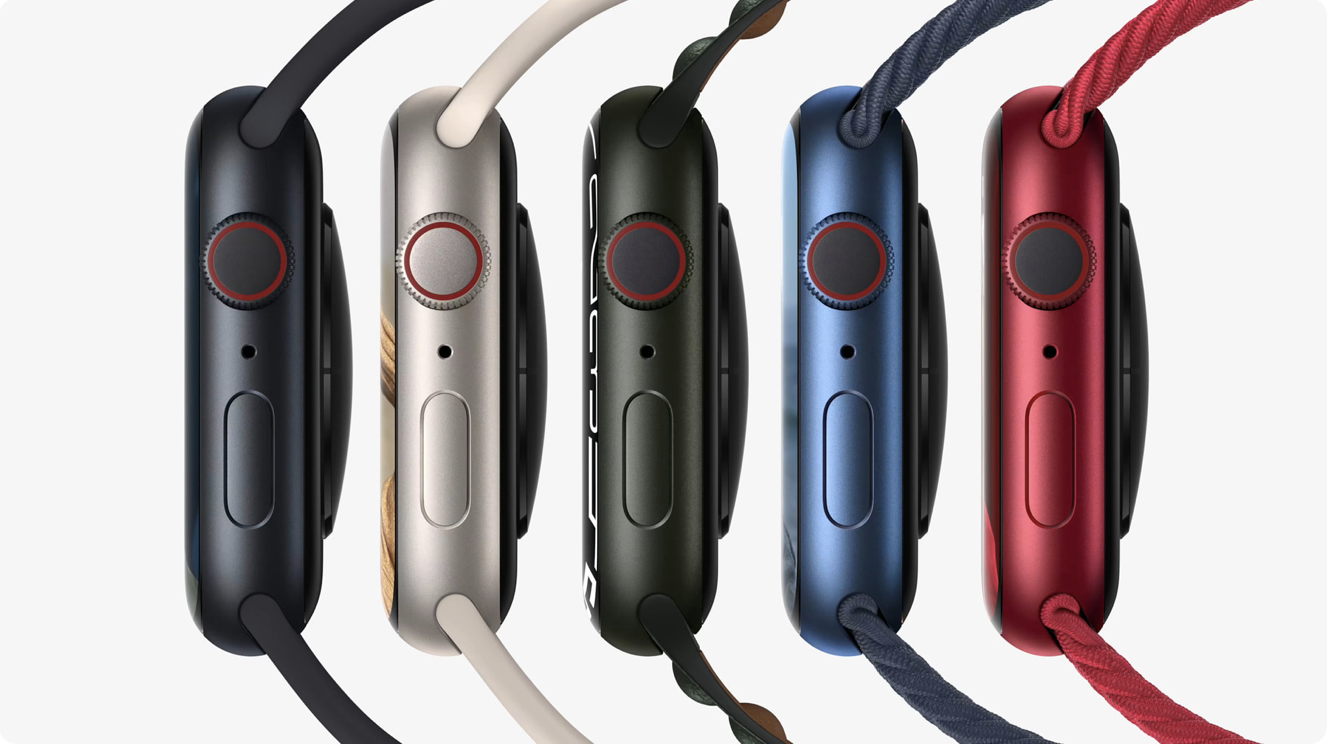 The design of Apple Watch Series 7 is refined with softer, more rounded corners, and the display has a unique refractive edge that makes full-screen watch faces and apps appear to seamlessly connect with the curvature of the case. At just 1.7 mm thin, the narrower borders of Apple Watch Series 7 maximize the screen area of the display while minimally changing the dimensions of the watch itself. Apple Watch Series 7 also features a user interface optimized for the larger display, a new QWERTY keyboard, plus two unique watch faces — Contour and Modular Duo — designed specifically for the new device. Users benefit from the same all-day 18-hour battery life,1 now complemented by 33 percent faster charging…

My take: Unless the trade-in terms for my Apple Watch 6 are extra-sweet, I’m inclined to skip this one.