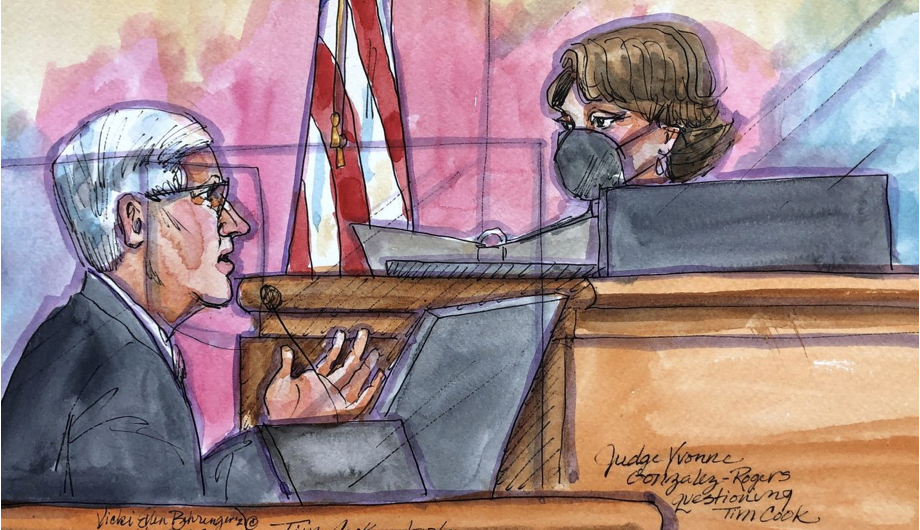 Epic vs. Apple: How Judge Rogers split the baby

The case from the start hung on how the relevant market was defined. The judge disagreed with both parties’ definition.

Judge Yvonne Gonzalez Rogers laid out her reasoning in a 161-page order after trial on the merits. The crux of it:

Antitrust law protects competition and not competitors. Competition results in innovation and consumer satisfaction and is essential to the effective operation of a free market system. Antitrust jurisprudence also evaluates both market structure and behavior to determine whether an actor is using its place in the market to artificially restrain competition.

Central to antitrust cases is the appropriate determination of the “relevant market.” Epic Games structured its lawsuit to argue that Apple does not compete with anyone; it is a monopoly of one. Apple, by contrast, argues that the effective area of competition is the market for all digital video games in which it and Epic Games compete heavily. In the digital video game market, Apple argues that it does not enjoy monopoly power, and therefore does not violate federal and state law.

The Court disagrees with both parties’ definition of the relevant market.

Ultimately, after evaluating the trial evidence, the Court finds that the relevant market here is digital mobile gaming transactions, not gaming generally and not Apple’s own internal operating systems related to the App Store. The mobile gaming market itself is a $100 billion industry. The size of this market explains Epic Games’ motive in bringing this action. Having penetrated all other video game markets, the mobile gaming market was Epic Games’ next target and it views Apple as an impediment.

Further, the evidence demonstrates that most App Store revenue is generated by mobile gaming apps, not all apps. Thus, defining the market to focus on gaming apps is appropriate. Generally speaking, on a revenue basis, gaming apps account for approximately 70% of all App Store revenues. This 70% of revenue is generated by less than 10% of all App Store consumers. These gaming-app consumers are primarily making in-app purchases which is the focus of Epic Games’ claims. By contrast, over 80% of all consumer accounts generate virtually no revenue, as 80% of all apps on the App Store are free.

Having defined the relevant market as digital mobile gaming transactions, the Court next evaluated Apple’s conduct in that market. Given the trial record, the Court cannot ultimately conclude that Apple is a monopolist under either federal or state antitrust laws. While the Court finds that Apple enjoys considerable market share of over 55% and extraordinarily high profit margins, these factors alone do not show antitrust conduct. Success is not illegal. The final trial record did not include evidence of other critical factors, such as barriers to entry and conduct decreasing output or decreasing innovation in the relevant market. The Court does not find that it is impossible; only that Epic Games failed in its burden to demonstrate Apple is an illegal monopolist.

Nonetheless, the trial did show that Apple is engaging in anticompetitive conduct under California’s competition laws. The Court concludes that Apple’s anti-steering provisions hide critical information from consumers and illegally stifle consumer choice. When coupled with Apple’s incipient antitrust violations, these anti-steering provisions are anticompetitive and a nationwide remedy to eliminate those provisions is warranted…

For the reasons set forth herein, the Court finds in favor of Apple on all counts except with respect to violation of California’s Unfair Competition law (Count Ten) and only partially with respect to its claim for Declaratory Relief. The preliminary injunction previously ordered is terminated.

Each party shall bear its own costs. No party shall file any post-trial motions based on previously-made arguments.

IT IS SO ORDERED.

My take: Less of a loss for Apple than most headlines would suggest. The best thing that can be said is that another major uncertainty has been moved off the runway before next week’s launch.