The economic impact of the latest changes is negligible, says Huberty. “Just 1-2% of EPS, at worst.”

From a note to Morgan Stanley customers that landed on my desktop Wednesday:

There have been a number of App Store headlines/updates in the last 10 days, including: 1) the settlement of a lawsuit with Cameron et al, which allows developers to communicate with their customers about alternative payment options outside of their iOS app, and expand the number of price points available to developers from <100 to >500 (developers will continue to set their own prices), 2) the passing of the South Korea Telecommunications Business Act, which will ban app store operators (i.e. Apple and Google) from forcing developers to use their online payment systems, 3) the launch of an anti-trust case against Apple (over in-app payments) at the Competition Commission of India, and 4) an update to the App Store that will allow developers of “reader” apps only (reader apps provide previously purchased content or content subscriptions for digital magazines, newspapers, books, audio, music and video) to include an in-app link to their websites for users to set-up or manage an account (i.e. circumvent the App Store for subscriptions), which closes an investigation by the Japanese Fair Trade Commission, though changes were made globally.

But we estimate their financial impact to Apple is negligible at just 1-2% of EPS, at worst. In our view, the reader app update that settles the JFTC investigation was the most important announcement as it provides app developers a path to circumvent payments on App Store. For context, this business model isn’t new as Netflix and Spotify already disabled payments for new subscribers through Apple’s App Store billing platform (SPOT since 2016; NFLX since 2018); meaning Apple hasn’t been collecting a cut of the economics for new subscribers of either app for at least 3 years (1). While more developers may consider this path under new rules, App Store revenue from the largest Reader Apps – including, entertainment, music, books, and news apps – is relatively small. The top 10 reader apps account for less than 8% of App Store revenue while the top 20 account for 10% and top 50 account for 13% of App Store Revenue, suggesting the financial risk to Apple from these developers circumventing App Store payments is fairly small (2). We view the top 10 or so apps as those that are most likely to have the scale, brand, marketing budget, and customer loyalty to absorb the friction of circumventing the App Store payments platform. Assuming a worst case scenario in which Apple stopped collecting economics from all of the top 20 reader apps translates to downside risk of 4% of Services revenue, 1% of total company revenue, and about 2% of FY22 EPS forecast (3). In other words, we believe the recent App Store headlines are more attention grabbing than the ultimate financial impact to Apple’s revenue or profitability.

My take: You’re going to like Huberty’s bull case: 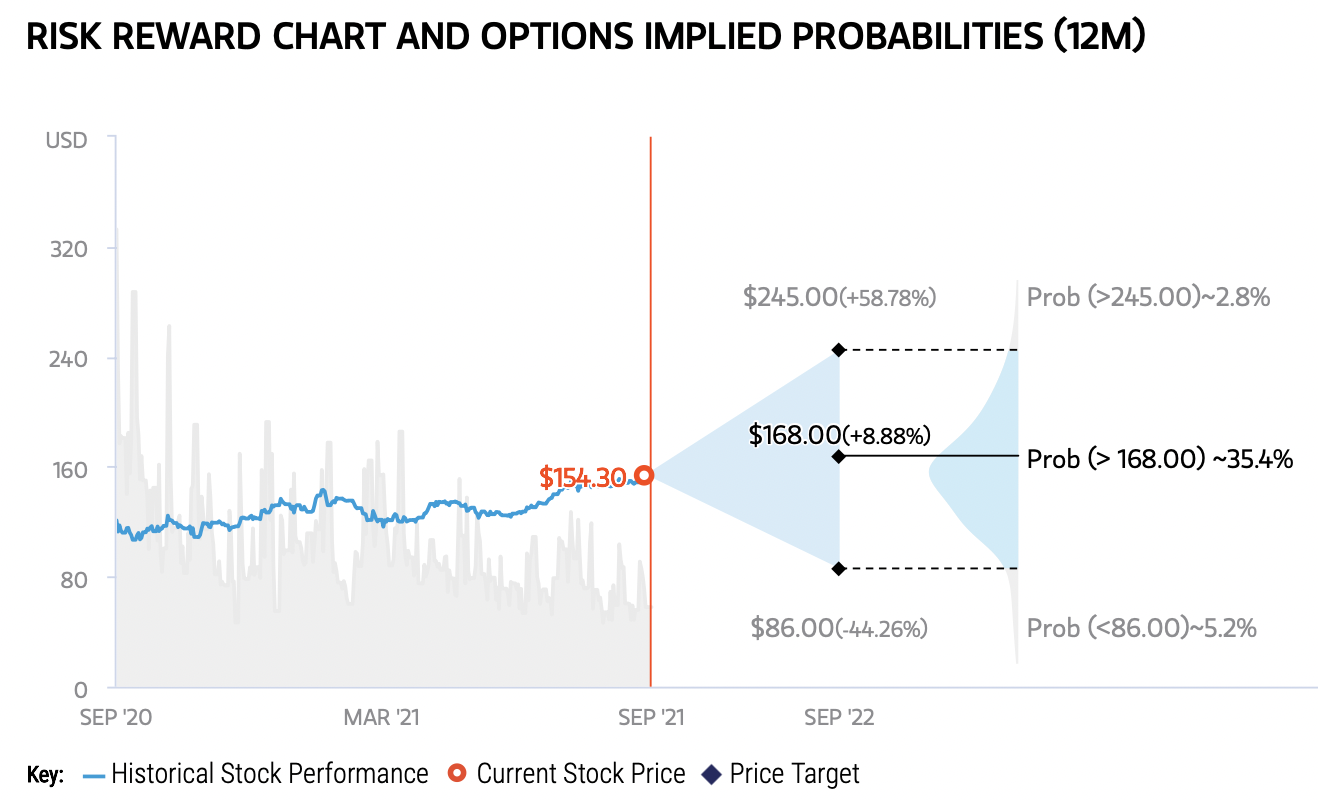