From Gurman’s “Apple Plans to Add Satellite Features to iPhones for Emergencies” posted Monday on Bloomberg.com:

Apple Inc.’s push to bring satellite capabilities to the iPhone will be focused on emergency situations, allowing users to send texts to first responders and report crashes in areas without cellular coverage.

The company is developing at least two related emergency features that will rely on satellite networks, aiming to release them in future iPhones, according to a person with knowledge of the situation.

The first component, dubbed Emergency Message via Satellite, will let users text emergency services and contacts over a satellite network when there’s no cell signal available. That feature will be integrated into the Messages app as a third protocol — alongside the standard SMS and iMessage — and appear with gray message bubbles instead of green or blue. The second feature will be a tool to report major emergencies, such as plane crashes and sinking ships, also using satellite networks.

The texting-via-satellite tool, codenamed Stewie inside Apple, will restrict messages to a shorter length. The texts will automatically push through to an emergency contact’s phone, even if the do-not-disturb setting is on. One planned design will let a user send the message by typing “Emergency SOS” where they would usually input a contact name. In addition to delivering texts, the service may eventually be able to handle some phone calls too…

The second emergency feature is focused on letting users report a crisis. The phone will ask what kind of emergency is happening, such as whether it involves a car, boat, plane or fire. 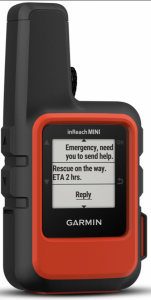 The system is also able to take more specific information, such as a person falling overboard or a ship sinking. It will ask a user if search and rescue services are needed, if there is suspicious behavior or weapons involved, and if a person has suffered a traumatic injury.

It’s unclear which emergency services or providers the system would tap into. The set of features would compete with the Garmin inReach device, which lets users send short messages or an SOS over satellite networks.

My take: So much for the usually reliable Ming-Chi Kuo.