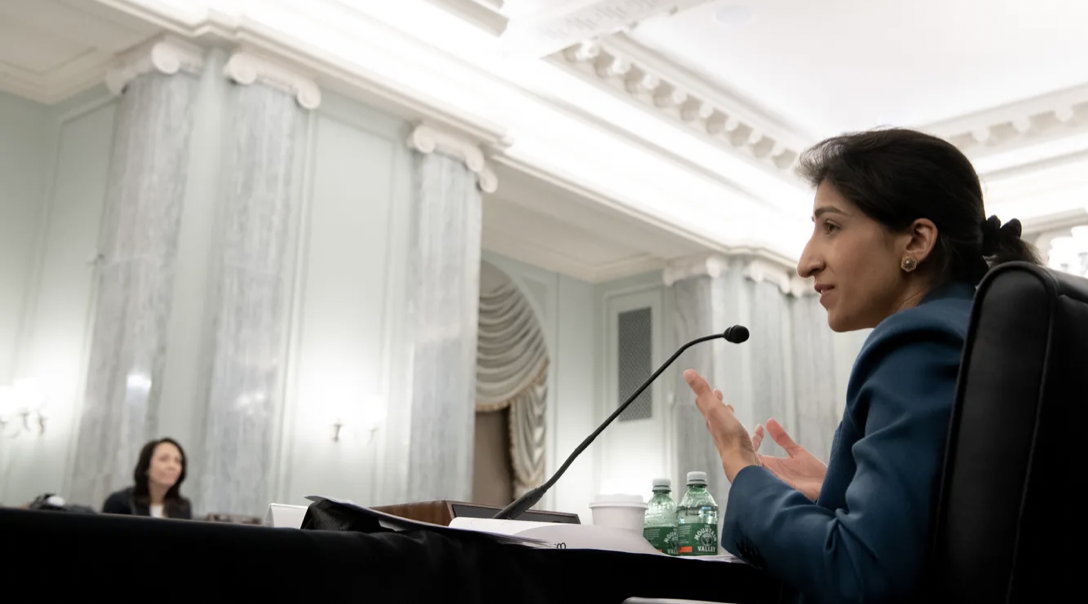 She took Apple’s side against Amazon. Now she’s an FTC commissioner.

But Lena Kahn is no friend of Cupertino. Her analysis of the power of platforms put the App Store squarely in the trustbusters’ sights.

The Senate confirmed Lina Khan as commissioner of the Federal Trade Commission Tuesday, by a vote of 69-28. First nominated in March, Khan will give Democrats a majority on the commission, filling a vacancy left by Republican appointee Joseph Simons who resigned in January.

Khan’s appointment signals an increased focus on antitrust regulation against major tech companies, which has been a focus of her legal scholarship. Khan rose to prominence after a 2017 paper, titled “Amazon’s Antitrust Paradox,” arguing that new antitrust statutes were necessary to prevent anti-competitive behavior from online platforms like Amazon. More recently, Khan played a significant staff role in assembling the House Antitrust report on competition in digital markets.

Khan’s confirmation comes at a time when Congress is preparing to take drastic action to curb the power big tech companies have on digital markets.

My take: Longtime readers may remember Ms. Kahn for her 2017 critique U.S. vs. Apple et al.