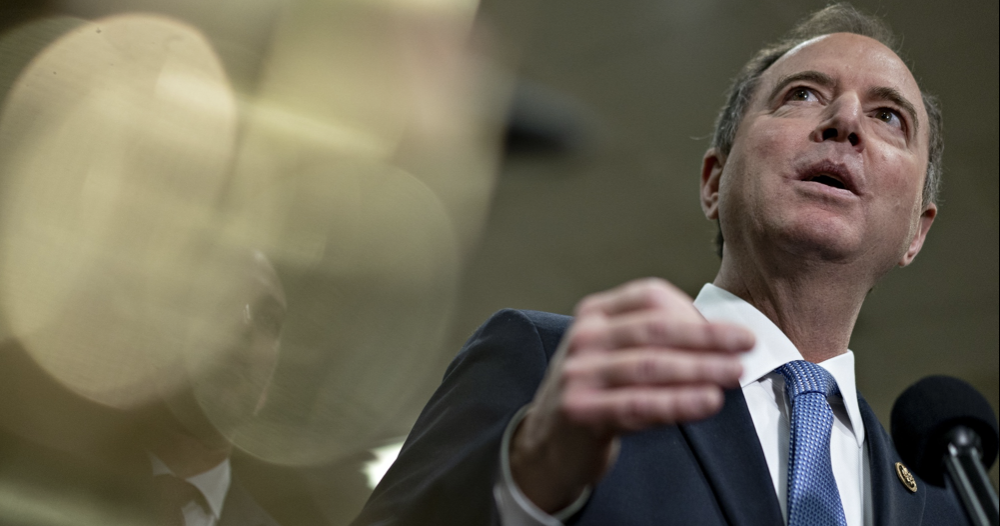 From Bloomberg’s “Apple Back in Washington Spotlight Over Trump-Era Subpoenas” posted Tuesday:

Apple Inc. is facing renewed scrutiny in Washington over its compliance with secret Trump-era subpoenas for user data on more than 100 users including U.S. lawmakers, highlighting the bind tech companies find themselves in when obliged to satisfy law enforcement demands.

House Intelligence Committee Chairman Adam Schiff, whose data was among material Apple turned over to the Justice Department, said on Monday that lawmakers will delve into how giant tech companies respond to subpoenas for information on their customers. Schiff, a California Democrat, enraged former President Donald Trump with congressional investigations of his administration’s ties to Russia.

“The explosion in digital data that is held by internet companies and other third parties has made these subpoenas much more powerful and much more intrusive on people’s privacy,” said Elizabeth Goitein of the Liberty & National Security Program at the Brennan Center for Justice. “We rely on companies that hold this data to stand up for us and protect our interests and our privacy rights in response to these kinds of demands, and it’s not always clear that they have the incentive to do that.”

My take: Now that everyone is piling on, I’m inclined to cut Apple a little more slack. None of this is a good look for Tim Cook, of course. I thought Microsoft’s Brad Stone set the right tone in Sunday’s Washington Post: “The secret gag orders must stop.”