This is the day Facebook’s Mark Zuckerberg has been dreading.

From WIRED’s “The New iOS Update Lets You Stop Ads From Tracking You—So Do It” posted Monday: 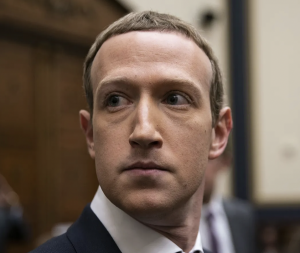 If you’re sick of opaque ad tracking and don’t feel like you have a handle on it, a new iOS feature promises to give you back some control. With the release of Apple’s iOS 14.5 on Monday, all of your apps will have to ask in a pop-up: Do you want to allow this app to track your activity across other companies’ apps and websites? For once, your answer can be no.

A lot of the biggest data privacy crises of the past few years have come not from breaches but from all the opaque policies around how companies share user data and track those users across services for targeted advertising. Marketers assign your device an ID and then monitor your web and in-app behavior across different platforms to generate composite profiles of demographic information, purchasing habits, and life events. Apple has already taken a strong stand to disrupt ad tracking in its Safari browser; this iOS update brings the showdown to mobile. But while the step may seem like a no-brainer to iOS users, it’s been deeply controversial with companies built on ad revenue, including and especially Facebook.

“This is a significant and impactful move,” says Jason Kint, CEO of the digital publishing trade organization Digital Content Next. (WIRED parent company Condé Nast is a member.) “The digital advertising business has been mostly built off of micro-targeting audiences. Facebook, as an example, has code embedded in millions of apps to collect data to target audiences wherever it wants as promptly as possible—and this cuts that off.”

My take: In system design, a small binary change — the difference between opt-in and opt-out — can have huge consequences.