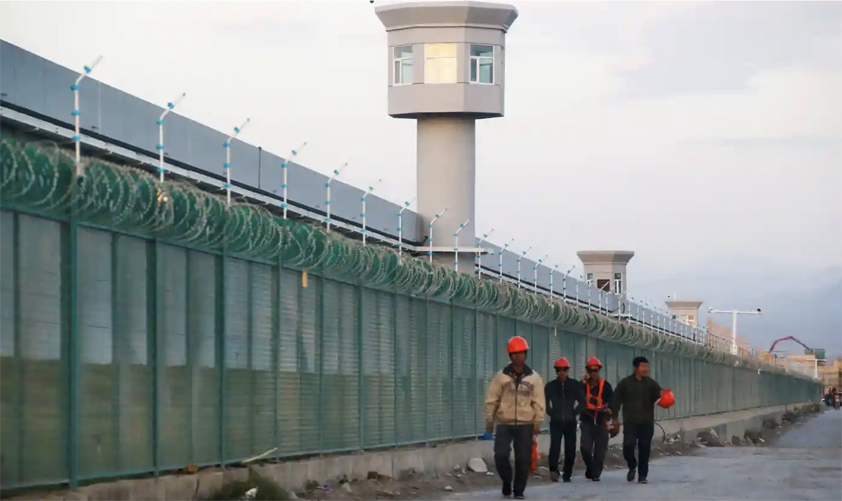 Apple’s App Store has been distributing more than a dozen apps created by a Chinese organization sanctioned by the U.S. for human rights abuses against Muslim minorities in China’s Xinjiang region, The Information has learned.

The apps, which provide news, offer information about government services and help small businesses manage orders for e-commerce, ride hailing and home repairs, were created by various units of the Xinjiang Production and Construction Corps, a paramilitary organization in charge of the region’s economy and security. Several Western governments and human rights groups have accused the Corps and the regional government of detaining and physically abusing or sterilizing up to 2 million Uyghurs, the ethnically Turkic residents of northwestern China. Chinese officials have repeatedly denied the allegations…

Kristine Pirnia, an export controls and sanctions lawyer at Sandler, Travis & Rosenberg in San Francisco, said Apple and other U.S. companies aren’t allowed to deal with the Corps, regardless of whether Apple generates revenue from the apps or the apps simply provide news and information to users and could potentially qualify for an exemption. “[A]s a practical matter, no one is going to litigate that with [Treasury officials],” she said.

Apple faces other political problems tied to the alleged genocide in Xinjiang. Both the Associated Press and the Washington Post reported last year that Apple uses Chinese manufacturers that used forced Uyghur labor (Apple denied those allegations in the Post’s report). Apple reportedly lobbied Congress to weaken a U.S. bill that aims to outlaw the sale of products that use forced Uyghur labor. Earlier this month, Bloomberg reported that Apple had dropped one of the accused suppliers, Ofilm Group, over allegations in the AP report.

If Apple removes the Corps apps from its App Store, it could face backlash from nationalistic and increasingly vocal social media users in China and by Chinese authorities.

My take: Wayne Ma: On a roll. Apple: Rock and hard place.