Analyst Katy Huberty forecasts PC builds in the March quarter up 90% (albeit from pandemic lows).

From a note to clients that landed on my desktop Wednesday morning:

We continue to believe that the iPhone will outperform expectations in the December quarter, as the mix shift to higher-end iPhone 12 models is a tailwind to ASPs and revenue growth. iPhone 12 Pro lead times remain extended far beyond any model launched in the past 4 years at 10 days. Lead times decreased from 22 days ~2 weeks ago as Apple ramps iPhone 12 production signaled by our iPhone supply chain team, led by Sharon Shih, recently raising March quarter iPhone 12 Pro builds by 2M units (which offset a 2M build reduction for the iPhone 12 mini)

In China, we believe lower end iPhone 12 models are performing better than in the US, and we estimate iPhone shipments grew ~47% Y/Y in the December quarter, according to data from the CAICT (Exhibit 25). Similarly, data from Jiguang shows that the iPhone gained over 50bps of smartphone installed base share in China (Y/Y) in the month of December, reaching a new 18 month high of 20.3% market share, driven in large part by adoption of the iPhone 12, which has captured the most iPhone installed base share of any iPhone launched in China over the past 4 years through the first full month after being launched (Exhibit 20).

PC data points remain strong. In the last two weeks, we’ve learned that PC shipments continue to outperform, most notably in notebooks. For example, IDC’s 4Q20 preliminary PC shipment estimate of 91.6M units (+26% Y/Y) exceeded our forecast by 10% and marked the strongest quarterly growth rate since 3Q99. Additionally, December 2020 monthly notebook ODM builds exceeded our PC supply chain teams’ forecast by 5%, despite component constraints. Looking forward, our PC supply chain team is forecasting March quarter notebook builds grow 90% Y/Y (emphasis mine), to 44.85M units, an acceleration from 48% Y/Y growth in the December quarter (Exhibit 52). Assuming the historical seasonal relationship between notebook builds and shipments holds true, this would imply 63.1M notebook shipments, 27% above our current 49.7M notebook shipment forecast. As a result, we are increasingly bullish on PC and PC peripherals vendors and believe that a structural shift towards notebooks with shorter replacement cycles will be a tailwind to the industry growth rate. 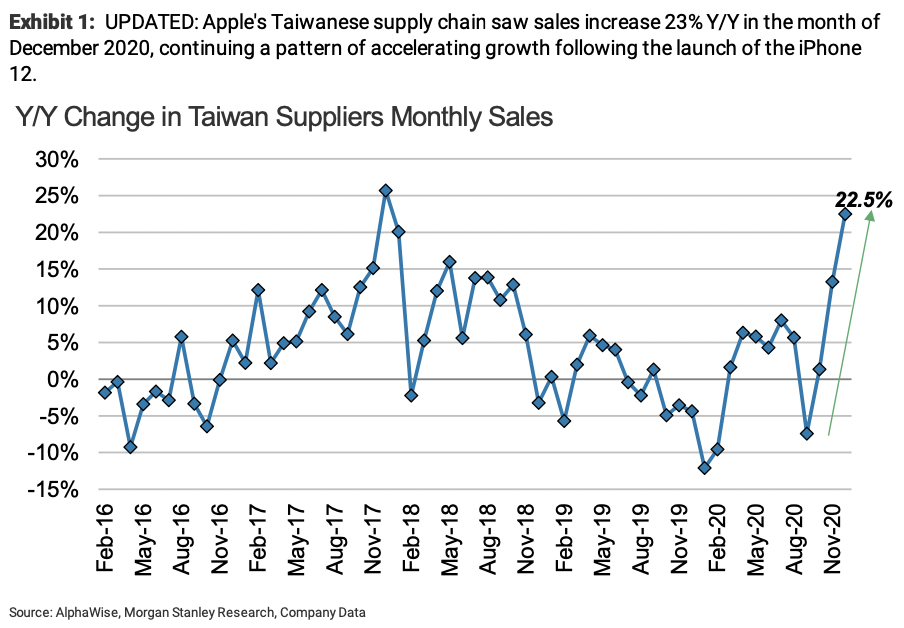 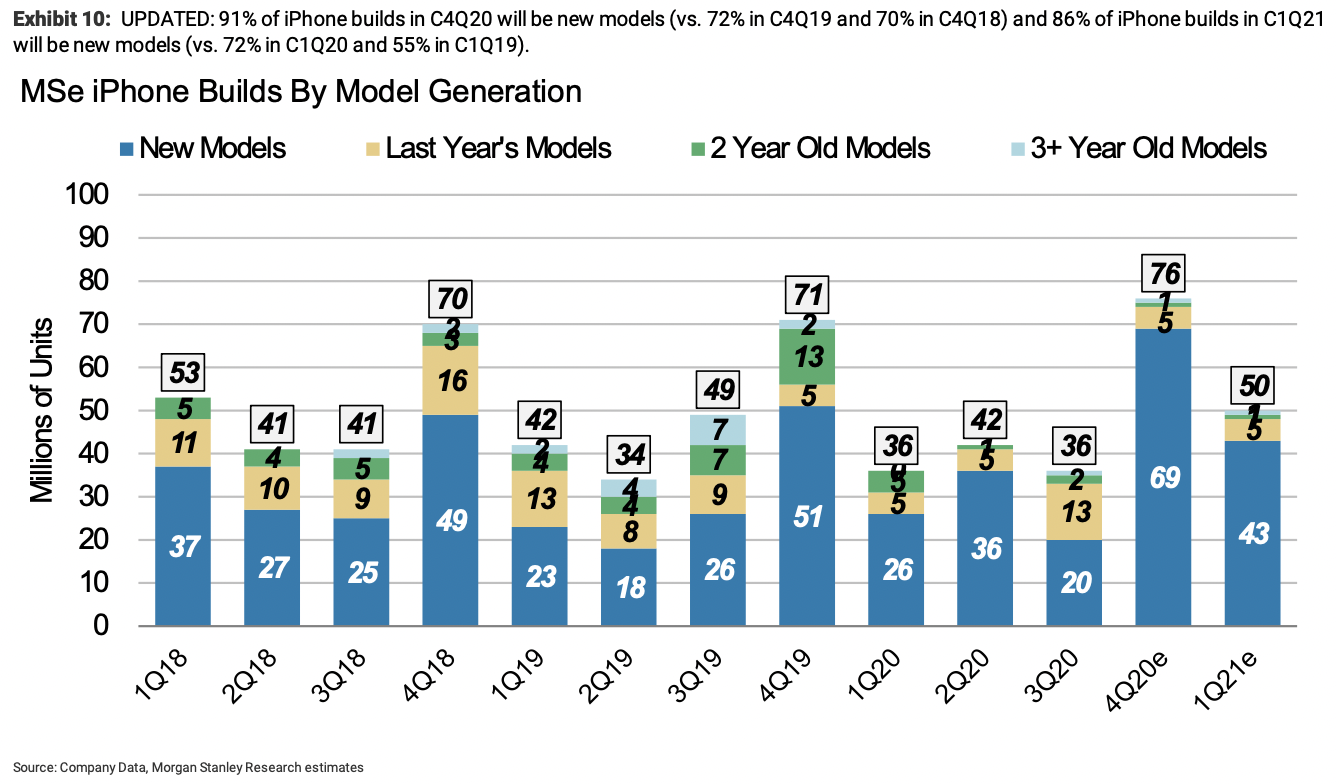 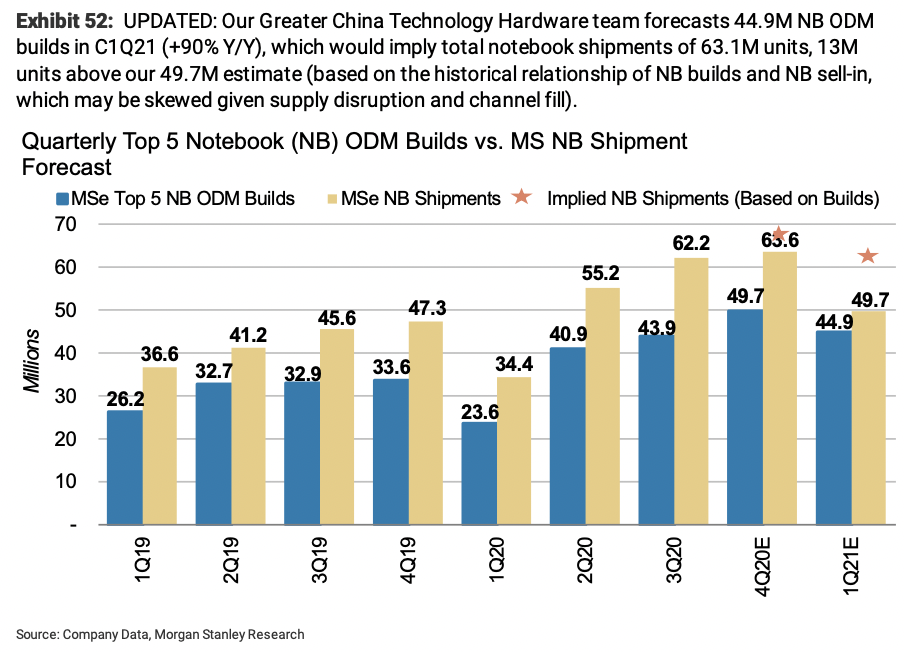