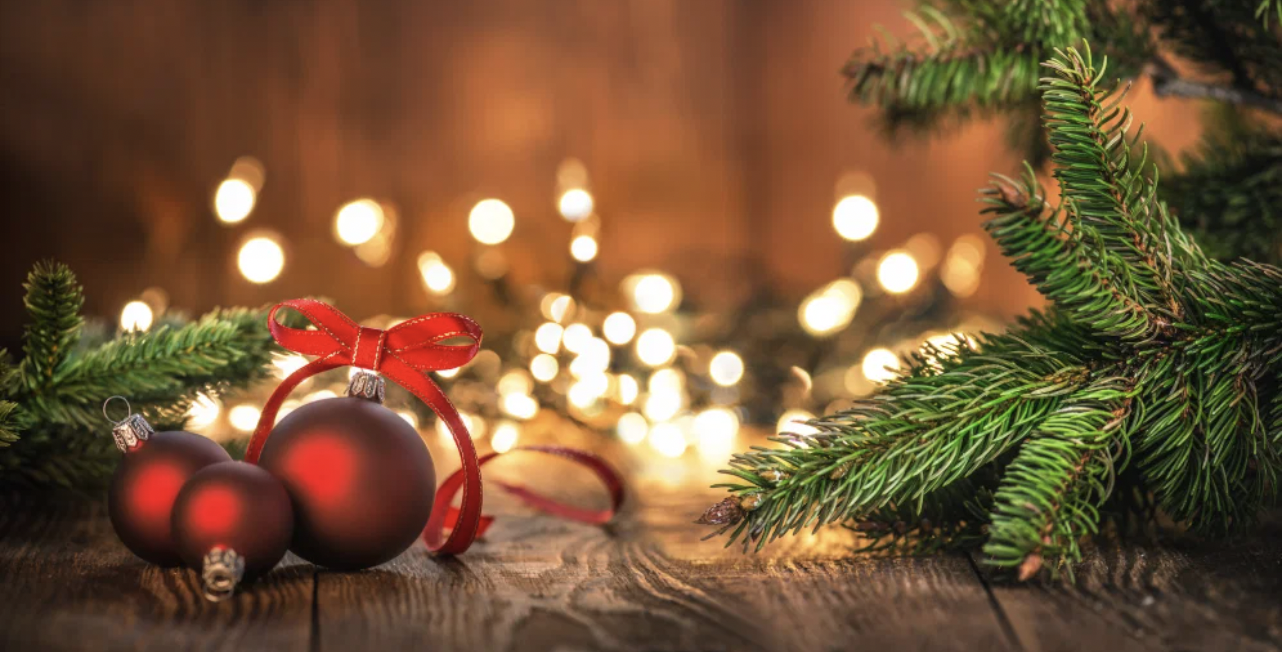 Although Christmas Day smartphone activations were down compared to Christmas in 2019, make no mistake that a lot of Americans still got new smartphones this Christmas. Let’s see which devices were under the tree this year. (Click to enlarge.) 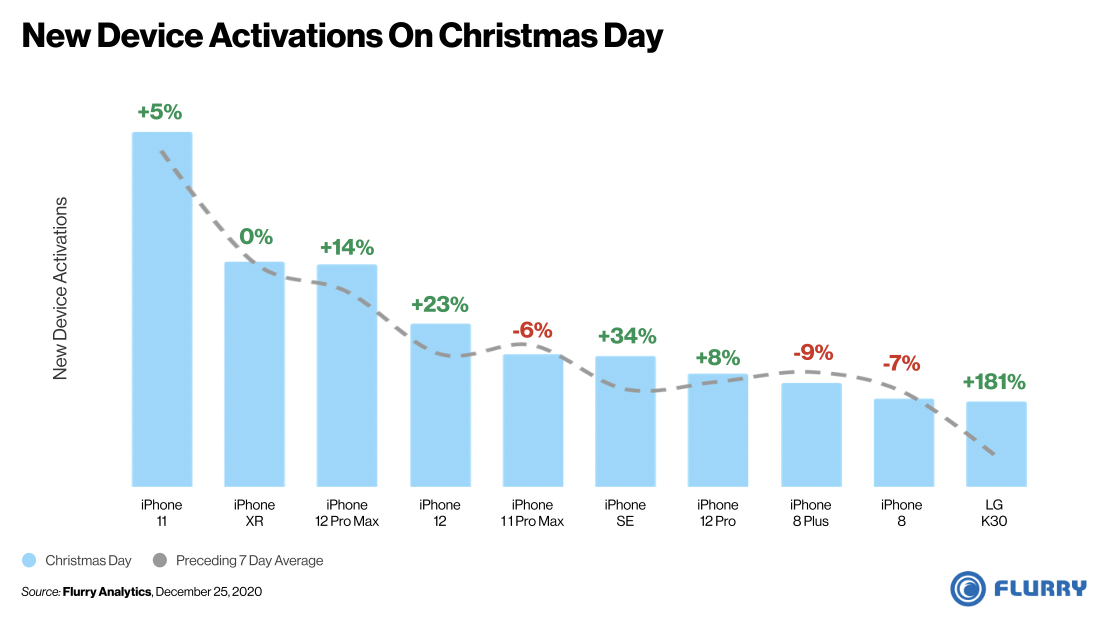 Apple iPhone devices took nine of the top ten spots, with LG’s budget K30 the only other manufacturer to make the list. Last year’s iPhone 11 takes the #1 spot for the second consecutive year, followed by the 2018 iPhone XR. This year’s most premium device, the iPhone 12 Pro Max takes third place. Typically, Apple’s highest-end devices surge at launch as early adopters rush out to buy the most advanced Apple smartphone available. As the masses slowly replace their old devices, the base model—this year the iPhone 12—typically gains in popularity. But as we reported in an earlier post, the iPhone 12 Pro Max had the strongest launch week out of any Apple iPhone device in the past three years, indicating a strong and long-lasting demand for their most premium smartphone.

My take: According to Flurry, Apple took 9 out of 10 last year too. See here.

UPDATE: For new friend-of-the-blog Troy Thoman, this bit from Flurry:

Due to this year’s unusual circumstances and based on slower-than-normal November smartphone activations, we had forecasted that this holiday season would face decreased demand. With this in mind, let’s compare Christmas day this year to last year. 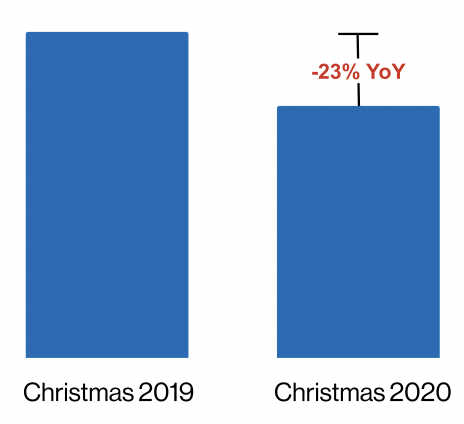