But analyst Katy Huberty doesn’t view antitrust scrutiny as a “material near to medium term risk” to Apple’s services business.

From a note to clients that landed on my desktop Monday evening:

Specifically, Apple notes the potential risk of reduced, narrowed or eliminated App Store take rates, which could have material adverse impacts on Apple’s financial condition and operating results. Previously the risk factor focused on the risk of developers reducing their use of App Store.

Apple also specifically added ‘Services’ to the risk that gross margins can vary significantly and can change over time. We believe these changes stem from the heightened regulatory focus on App Store and large technology companies broadly. On this point, Apple added a risk that the outcome of litigation or government investigations could impact Apple’s relationships with business partners which could have a material adverse impact on Apple’s financials, likely alluding to the Google risk.

Legal and regulatory investigations take time and we believe both Apple and Google have strong arguments in defense of App Store take rates and Google’s licensing fee, respectively. So while it’s important to monitor developments on these fronts, we don’t view it as a material near to medium term risk to Apple’s Services business. 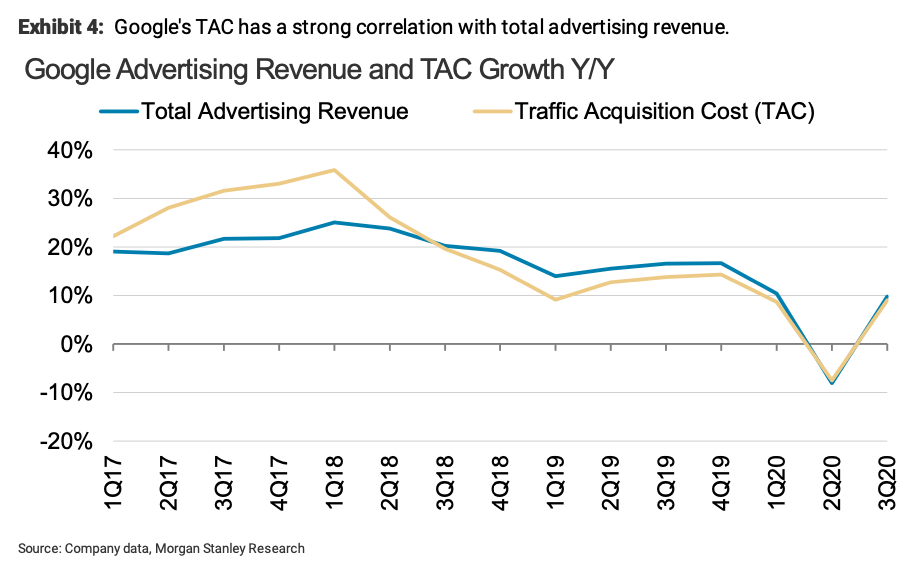 My take: Huberty has more to say about lower warranty accruals and a decline in normalized gross margins, but the regulatory risks in the 10-K are what she chose to put in her headline.