Canalys: PC makers are having a ‘stellar’ pandemic, Apple more than most

Recently released Canalys data shows the global PC market climbed 12.7% from a year ago to reach 79.2 million units in Q3 2020 as it continued to benefit hugely from the COVID-19 crisis. This is the highest growth the market has seen in the past 10 years. After a weak Q1, the recovery in Q2 continued into Q3 this year, and it even grew on top of a strong market the previous year. Global notebook shipments touched 64 million units (almost as much as the record high of Q4 2011 when notebook shipments were 64.6 million) as demand continued to surge due to second waves of COVID-19 in many countries and companies continued to invest in longer-term transitions to remote working. Shipments of notebooks and mobile workstations grew 28.3% year-on-year. This contrasted with desktop and desktop workstations, which saw shipments shrink by 26.0%.

Lenovo regained top spot in the PC market in Q3 with growth of 11.4% and shipments surpassed the 19 million mark. HP posted a similarly impressive growth of 11.9% to secure second place with 18.7 million units shipped. Dell, in third, suffered a small decline of 0.5% in shipments from a year ago. Apple and Acer rounded out the top five rankings, posting stellar growth of 13.2% and 15.0% respectively. 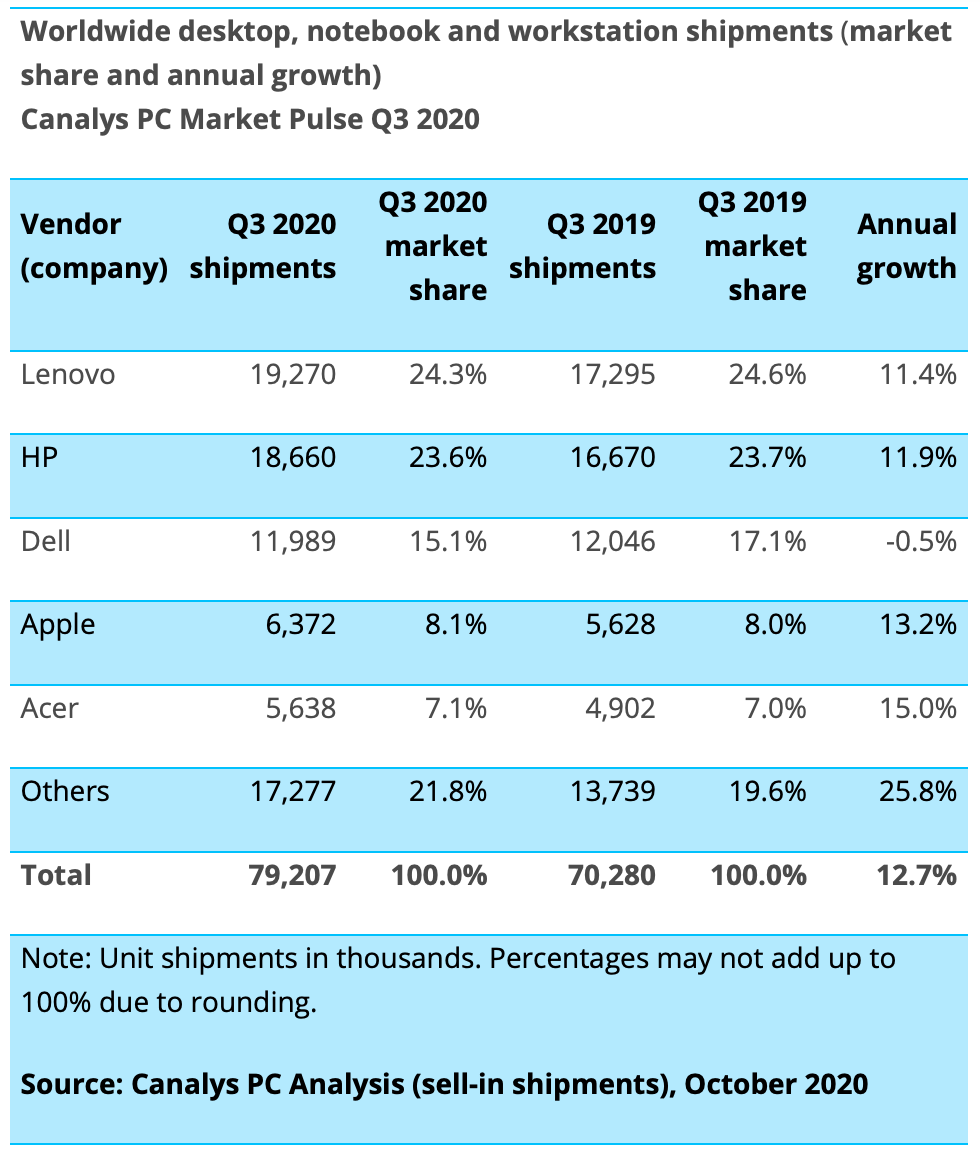 My take: Check out those Mac sales. 13.2% growth for a 36-year-old brand is nothing to sneeze at.